I Love You, Man

John Krasinski makes his first of two appearances on this list with Away We Go, his comedic gem co-starring Maya Rudolph about a couple of expectant parents searching for the perfect
locale to raise their child. Krasinski also steals a few scenes from Meryl Streep in another honorable mention top film of 2009 — It’s
Complicated. 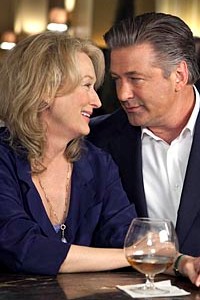 Nancy
Meyers’ ode to the complexities of divorce nailed it. As only Meyers can (What Women Want, The Holiday), she has crafted a universe inhabited by intelligent and independent
women. Having Meryl Streep continue her incredible 2009 run after Julie and Julia after portraying Julia Child (watch for her Oscar
nomination for her priceless performance) does not hurt, yet It’s Complicated succeeds on so many more levels than being a marvelous Meryl Streep vehicle.

As It’s Complicated celebrates the treachery of life post-divorce, I Love You, Man and The Hangover showcase
men at different points of their life and how they comically handle their days before wedded bliss. Both are comedies that are not to be missed from 2009.

Fantastic Mr Fox and The Princess of the Frog both are animated, yes, but each bring a different level of cinematic magic
to 2009 in presentation, breadth, storyline, character embodiment and yes — art.

The Princess and the Frog by itself is a terrific film. Add in the fact that after several years of exquisite animation at the hands of skilled craftspeople behind computers,
Disney’s return to hand-drawn characters, backgrounds and movements was one of 2009’s biggest treasures. The fact The Princess and
the Frog also told the tale of Disney’s first black princess is purely a bonus.

George Clooney and Meryl Streep (there she is again!) rule Fantastic Mr Fox in a film from the always entertaining and thought-provoking mind of Wes Anderson (Bottle Rocket).
Anderson tackles his first animated feature by utilizing stop-motion filming to capture the essence of a family of foxes led by Streep and Clooney who have themselves a situation.

Whereas the previous six “second top 10 movies of 2009” are fun and fantastic, the final four are a Fab Four of films sure to vie for Oscars when nominations are announced. 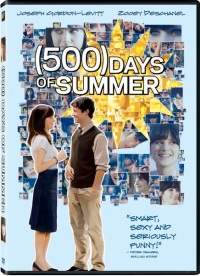 Away We Go and
(500) Days of Summer are each about love, but that is where there similarity ends. In Away We Go Maya Rudolph and John
Krasinski is a couple expecting their first child who head out on a cross country journey to find the perfect place to raise their baby. Away
We Go is charming while comic and also makes the audiences think — a trifecta of terrific for any film!

(500) Days of Summer is simply so wonderfully written and acted it is impossible not to be caught up in the fancy of Summer. Zooey Deschanel is Summer and who wouldn’t adore her
characterization of a woman for the modern millennium? Whether the screenplay category or acting, (500) Days of Summer deserves some Oscar love.

Invictus and A Single Man each take their drama seriously and hit a home run in the process. Colin Firth and Julianne Moore perform a perfect acting volley in A Single
Man, about a ’60s British professor who has lost his life partner and is coping with life alone for the first time in decades. Both Firth and Moore make magic with seismic performances
worthy of Oscar’s golden glow.

Invictus, on the other hand, is the stirring true story of how a team played outside themselves for the sake of unifying a country. Matt Damon and Morgan Freeman are extraordinary in their
portrayal of a South African rugby captain and newly-elected President Nelson Mandela. Even more extraordinary is Clint Eastwood’s direction. There is inspiring film, and there is
Invictus.