Quentin Tarantino captures a violent fantasy of revenge for Jews all over the world in the story of an elite group of Jewish-American soldiers who drop into German occupied France to literally
induce terror on Nazi soldiers.

But, Inglourious Basterds is not a revenge movie in the vein of Michael Douglas’ Falling Down or any Charles Bronson film. It is a classic Tarantino character study that
leaps off the screen with every moment.

Brad Pitt may be the film’s star, but Inglourious Basterds’ shining star is two-fold: Diane Kruger as a German woman
on a mission and the scene-stealing turn of Christopher Waltz as Colonel Hans Landa — a performance that has already earned the actor a Golden Globe nomination and will mostly certainly also honor him with an Oscar nomination for Best Supporting Actor.

Sandra Bullock solidified her 2009 as the most successful of her career with The Blind Side. The film is the penultimate feel good movie, but as Inglourious Basterds is much more
than a revenge fantasy film, The Blind Side is so more as well. 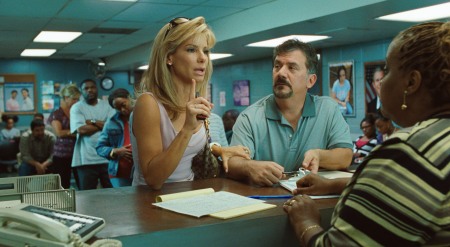 The Blind Side is simultaneously a statement on the state of integration in American society and an old-fashioned story of simple talent meets opportunity tale.

We’re not talking about the Leigh Ann Tuohy-Michael Oher story in its simplistic outside view of a rich white woman helping an African-American homeless teenager. The Blind Side
succeeds because it is at its most basic a classic story of human kindness-meets-misplaced-talent-coupled-with-capitalzing-on-opportunity. As can probably be discerned, that is a very limited film
genre.

Yes, George Clooney is a revelation as the man charged with traveling across the country to fire people. His Oscar nomination for Best Actor
should be secure.

Where Up in the Air excels beyond the usual Clooney mastery audiences have become accustomed to of late, is how it manages to capture the world in 2009 with humor, grace, love and
optimism.

Anna Kendrick and Vera Familga take Clooney’s Best Actor-worthy performance and up the ante with their own golden turns. Each is nominated for a Golden Globe Award!

Both Up and Star Trek utilize technology to tell a tale, yet that is merely the beginning of the collective cinematic greatness of those two 2009 movies. Star Trek, in
the hands of JJ Abrams (Lost, Alias) gets a film franchise reboot that could qualify for the best of the decade. Reintroducing audiences to beloved characters is tricky business.

Up, on the other hand, showed more than serving as Pixar’s 10th film in a row that is truly an A-plus in story, artistry and cherished place among the year’s best! Watch for Up to achieve the rarest of film accolades — a nomination for Best Picture from the Oscars. 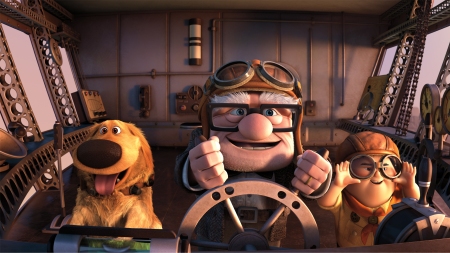 Precious is not only the title of SheKnows Entertainment’s Best Film of 2009, but it also perfectly describes the film experience of witnessing it. Since Precious made its debut on
the festival circuit the buzz around the performances of Mo’Nique, Mariah Carey and Gabourey Sidibe has been seismic.

The film is not only gritty, Precious is disturbing yet supremely inspiring. Produced by Oprah Winfrey and Tyler Perry, for a nation
that is celebrating is first black President, Precious reminds us that there is still an entire legion of American citizens still seeking change.

Up next… the top 9 honorable mentions: