It’s been a whirlwind of a year, has it not? A lot of ups, a lot of downs and a whole lot in between — all captured on television.

For a snapshot of the best of, here are ten moments plucked from our favorite shows to unforgettable moments we simply can’t erase from our minds:

As the snarky, unabashed, outspoken housewife, one may go so far to say they saw Edie Britt’s exit a long time coming. As she was dazed and unaware in the driving scene, she loses her life via an electric shock and falls to the ground.

Nicolette Sheridan was quoted several months ago saying that she was done with the character and ready for new projects. “I’m on to the next project and done with this show.”

Did you figure it out, too or were you completely blind-sided? When Meredith Grey (Ellen Pompeo) figured out that it was George O’Malley (TR Knight) that passed, like most viewers you may have gotten the chills. 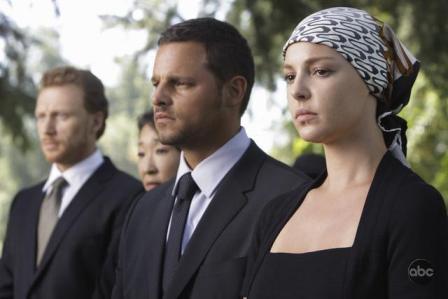 Toss in images of Izzie Stevens (Katherine Heigl) dying and the elevator scene, the season finale was not one you’ll soon forget!

What’s one of the fall line-up’s best break-out shows ever? That would be Fox’s Glee. If you’re like us, consider yourself a total gleek.

Glee centers around a high school Spanish teacher who becomes director of the school’s Glee Club in an earnest effort to restore it to its former glory. No one particular moment sticks out for us other than being locked in the television zone every Wednesday night! 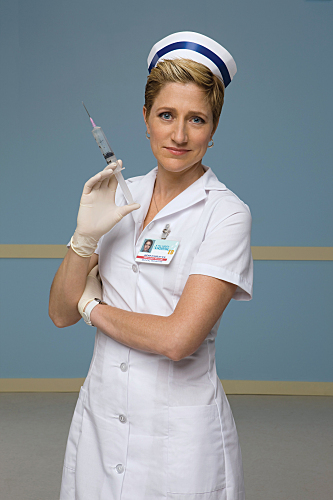 Who is better than Edie Falco? After The Sopranos ended you had to wonder what Ms Falco would be up to next and boy, she does not disappoint!

In one scene stealer, Jackie Peyton (played by Edie) is lying on the floor in a scene reminiscent of American Beauty.

Instead of rose petals she’s surrounded by painkillers as the theme from Valley of the Dolls plays in the background.

As Nicki Grant (played by Chloe Sevigny) comforted Sarah Henrickson (Amanda Seyfried) as she miscarried her baby in a motel bathroom during a family road trip, there was certainly intense acting with all emotions as season three of Big Love continued to get meaty and pack a punch.

Season four of Big Love will begin on January 10 on HBO.

Maybe Tiger Woods should have taken a lesson from David Letterman?

The late night host, as you may recall, admitted this fall to having cheated on his wife with staff members. Did it make national headlines? Barely. After all, he beat everyone to the punch by dishing his very own punch lines and didn’t try to cover anything up.

We’re not giving kudos to Kanye West for his inappropriate diss of Taylor Swift when she earned an award instead of his fave, Beyonce.

Instead, it’s a memorable moment because of West’s tacky behavior and unbelievably classy response by Beyonce. Go Beyonce! 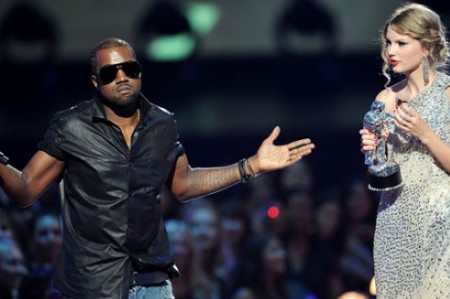 First came the runaway balloon with its drama surrounding a missing child and then of course, the hoax.

“We did it for the show,” blurted out six year-old Falcon Heene during a national television interview on CNN. As the country may have initially wondered why this became a national news story, shortly thereafter, we all gave their parents the shame award for concocting the fictitious tale in a futile attempt to land a reality television series and placing their children’s welfare behind their desire for fame and fortune. 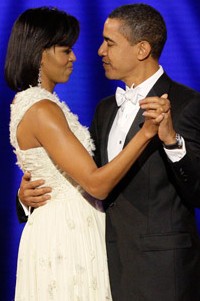 As the world reeled over Michael Jackson’s death, many flocked to the Los Angeles Staples Center on July 7 to collectively mourn the King of Pop and also check out performances by Mariah Carey, Jennifer Hudson and Stevie Wonder. Wasn’t he lovely? Yes indeed.

Regardless of who you voted for in last year’s presidential election, there’s no doubt when President Obama took the oath of the Oval Office last January, he made history as the first black president of the United States of America.