As the world mourns the death of actress Brittany Murphy, here at SheKnows we’re remembering her life. 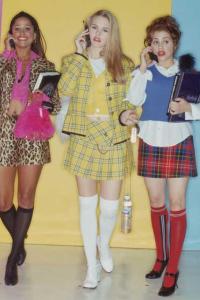 The 32-year-old’s break-out role was Tai in Clueless, but to fans the Atlanta-born native has
come a long way since the 1995 flick. Murphy was raised in Edison, New Jersey and honed her acting skills in
regional theater.

By the time she turned 13, Brittany Murphy signed on with a manager and started appearing in television commercials. At that point, the actress and her mother Sharon moved to Burbank,
California to pursue her dream.

Murphy landed her first television role on the show, Blossom. She then snagged a starring role in a short-lived series, Drexell’s Class.

Four years later she starred opposite Alicia Silverstone in Clueless. In 1998 Brittany was nominated for best leading female performance in the Young Artist Awards for her role in the TV
film, David and Lisa.

In addition to 25-plus screen appearances since the breakout role as Tai, Murphy expanded her wings by leveraging her vocal abilities. She was
lead singer of her band, Blessed Soul and was the voice of Luanne in the cartoon, King of the Hill.

As Brittany Murphy’s star kept rising, so did coverage on her love life. At the time of her death she had been married to screenwriter Simon Monjack for two and a half years. The starlet was
linked to romancing Ashton Kutcher, her co-star of Just Married. She also had two broken engagements, one with talent manager Jeff Kwatinetz and the other with Joe Macaluso.

Although Brittany’s husband did not want an autopsy performed, the coroner will be performing one this week and the results will be imminent. As the story continues to develop, we’ll be
sharing the news. As of this morning, we heard Murphy took prescription medications for flu-like symptoms and that she told family members she was feeling very sick.

26 mins ago
by Summer Cartwright