The holiday is almost here and with it comes a host of Christmas classics on TV! Here’s the lowdown on what Christmas movies and specials are airing when each day until December 25. 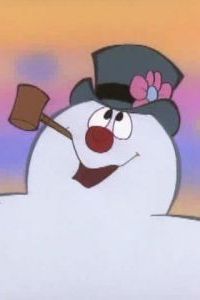 The fun starts December 18 on CBS with a
double feature of classics Frosty the Snowman and its ’90s sequel Frosty Returns, starting at 8 pm.

Also, it’s time for A Muppets Christmas: Letters to Santa on NBC at 8 pm. When the Muppets accidentally intercept a few of Santa’s letters, they set out on an adventure to the North Pole.

On December 23, CBS will air The 11th Annual A Home for the Holidays, starting at 8:30 pm. Host Faith Hill is joined by Carrie Underwood, Reba McEntire, Mary J Blige, Jenna Elfman and Nia
Vardalos for this annual holiday special that offers musical performances, while also looking at the joys, rewards and success stories of adoption.

Christmas Eve is all about the classics. NBC is airing It’s a Wonderful Life at 8 pm, while TBS kicks off A Christmas Story Marathon at 8 pm, with the movie replaying on rotation
for 24-hours. 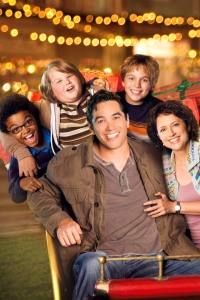 When and where
are the Christmas classics?

Frosty The Snowman on CBS at 8 pm

A Muppets Christmas: Letters To Santa on NBC at 8 pm

The Three Gifts on Hallmark Channel at 8 pm

It’s a Wonderful Life on NBC at 8 pm

Meanwhile, ABC Family continues it’s 25 Days of Christmas fest with a nonstop marathon of movies, continuing at 11 am on December 21 and concluding with a 3:30 pm showing of Miracle on
34th Street.

You’ll find just about all your faves on the schedule, from I Saw Mommy Kissing Santa Claus to A Very Brady Christmas, so check out the ABC Family lineup:

Sons of Mistletoe at 11 am

A Carol Christmas at 5 pm

I Saw Mommy Kissing Santa Claus at 11 am

A Very Brady Christmas at 1 pm

Once Upon A Christmas at 3 pm

Twice Upon A Christmas at 5 pm

Holiday in Handcuffs at 1 pm

The Polar Express at 10 pm

Mickey’s Christmas Carol at 11 am

Twas The Night Before Christmas at 1 pm

Rudolph The Red-Nosed Reindeer And The Island Of Misfit Toys at 3:30 pm

Twas The Night Before Christmas at 6:30 pm

Santa Claus Is Comin’ To Town at 8 pm

The Year Without A Santa Claus at 9 pm

A Miser Brothers’ Christmas at 10 pm

Jingle All The Way at 11 am