Shane Sparks, a judge on the MTV hit show America’s Best Dance Crew, has been arrested on molestation charges. 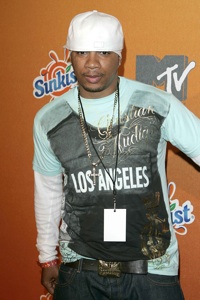 Sparks was booked on eight counts of child molestation perpetuated
against one victim, a girl reported to be 10 years his junior. According to police, the alleged incidents began in 1994 and continued for several years.

While Sparks’ Wikipedia page reports his year of birth as 1974, he was really born in 1969. This means that he was 25 when the alleged abuse started, making his victim 15 or younger.

According to the criminal complaint filed by the LA County District Attorney’s office, the lewd acts Sparks is charged with include oral sex and various other acts “with the intent of arousing,
appealing to, and gratifying the lust, passions, and sexual desires of the defendant, who was at least 10 years older than [the victim].”

Sparks, who also acted as a judge on America’s Best Dance Crew and a choreographer on So You Think You Can Dance, is being held on $590,000 bail.

The set of America’s Best Dance Crew is apparently a
hotbed of criminal sexual activity. Earlier this year, former choreographer Alex Da Silva was arrested for allegedly raping four women between August 2002 and March 2009. Da Silva is charged with
four counts of forcible rape, two counts of assault with intent to commit rape and two counts of sexual penetration with a foreign object. All four victims say they met Da Silva through his dance
classes.

So You Think You Can Dance host Cat Deeley dishes