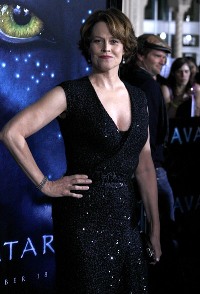 While the 3-D, hi-tech press might attract some, there are those of us who figure that stuff just isn’t for us, but the Avatar clan warns we shouldn’t make that mistake this time.

“I just hope people my age don’t go, ‘Oh god, 3-D. I need that like a hole in my head,” Weaver admitted and laughed. “I found it profoundly moving and very entertaining.”

“It will blow everyone away,” chimed in star Zoe Saldana (Neytiri). “Trust me. It blows me away every time I see it. My favorite scene to watch was the montage, while Jake Sully is learning the
ways of the Na’vi.”

The Avatar Set Up

The Na’vi, for those out of the loop, is a civilization of blue human-like aliens on the planet of Pandora.

Paraplegic Marine Jake Sully is sent there on a mission in an Avatar body that allows him to blend in with the giants, not to mention ditch his wheelchair.

Unfortunately, this gorgeous civilization is in danger, thanks to a case of corporate greed, and when Jake infiltrates the Na’vi, he gets quite an eye opener. After he bonds with the natives and
falls in love with Neytiri, he and his team find themselves protecting a species they were set to help exterminate.

If that story sounds too sci-fi for you, especially when combined with all the high tech chatter, hold tight. There’s more to this story then special affects.

“It is another planet, but this is more akin to Wizard of Oz than a Star Trek movie,” producer Jon Landau told SheKnows. “This is an action adventure romance. It’s more those three things than
sci-fi.

“The 3-D creates an immersive experience,” he continues. “That’s what movies are about. It’s about engaging the audience in your story telling.” 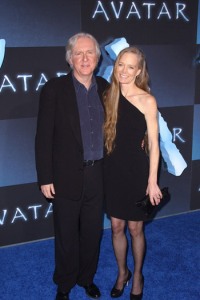 One of his stars, Dileep Rao (Dr Max Patel), admitted that watching the film the first time had him on edge, since it was his first movie,
but the nerves didn’t last long.

“5-10 minutes in, you’re completely mesmerized,” he marveled. “For the first few minutes, you always have a bit of nervousness. Then you see the movie and remember you’re in the hands of a master.
It’s like a hallucination it’s so good. It’s arresting.”

While this movie is not sci-fi, all the talk has been about the science and the budget that went into creating it. James Cameron came up with
the idea over 14 years ago, but has been waiting for technology to catch up to make his dream movie. Then, when it finally came out, he had to improve on it!

The first step was the creation of the newest 3-D, which we’ve all noticed has taken over the box office of late.

“Most people think of 3-D of red and green glasses, but finally, over the last two years, we got it right,” Real 3-D CEO Michael Lewis explained. “The new technology, called Real D, is 21st century
3-D. We figured out all the problems that plagued it in the past, like headaches and nausea and made all that go away.”

“We use technology from NASA and the military,” he continued. “When you combine it with digital projectors, it’s fantastic. We’re trying to replicate the way you see and when you see this film,
Avatar, it’s like you’re there. It’s lifelike.”

With this new tool as a base, Cameron created a way to kick up the animation, which included putting the Na’Vi cast members in headgear that kept a camera right in their faces as techies captured
the actors’ real movements for animation.

“The technology took us two years to develop, but we cracked the code,” Cameron said. “We were building on a base of technology that had been used by other filmmakers, but ultimately, what we were
trying to do was get every ounce of what the actors were creating in their performance — in their eyes and in their face — and make sure that got into these CG alien characters, so you believed
them.”

The experience was a definite change from the now infamous green screen, and one Sigourney Weaver raved about.

“I trusted this process more than I trusted the old fashioned green screen stuff,” she explained. “It wasn’t like a green screen, where they put something too close to you and then everything you
did doesn’t make sense.

“We had lots of artwork around us and maybe Jim would put a C-stand there and say, ‘That’s the tree,'” she continued. “Also, he has a virtual camera, so you could look in the camera and see your
avatar self in a rough version of the world of Pandora. You could see the scale of who you were in that world, so that was helpful. 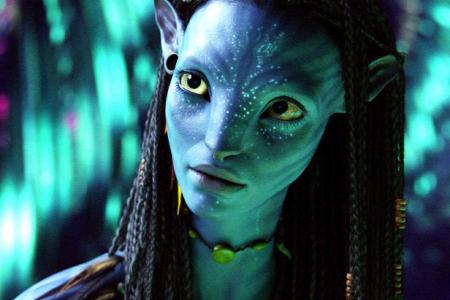 “He did everything he could to make it as real as possible, but a lot of it was just setting us lose in this imaginary world and seeing what happened to us. We loved it. We were scampering around
this room like kids playing on a rainy day. It was fascinating, and it was not hard in that, ‘Oh, I don’t know if this will make sense’ way.”

Along with the techno-rep, the film is being touted as one of the most expensive films ever made, but Cameron isn’t making apologies. 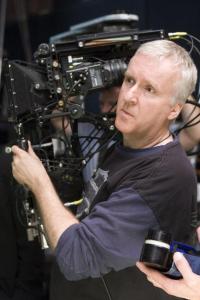 “Fox had to write
a big check for this movie, but they knew whatever film I did next, it would be in that category,” Cameron shrugged. “That’s what I do and that’s what I’ve always done, from the Abyss
onward through T2, True Lies and Titanic. These were all huge films, so they knew that was going to be the case.

“The issue was getting them over the hump of main characters who are blue aliens: ‘How’s that going to work? Is it going to be real? Is this whole thing going to blow up in our face?'” Cameron
admitted with a laugh. “There were nerves around that, on my part as well. Of course, I never told them that! We just went out and solved all the problems.”

SheKnows didn’t get to preview this movie, but it sounds pretty tempting to us. Just bring your kids at your own risk:

“I’m most excited for a ten-year-old kid to go see it, to be honest with you,” star Sam Worthington (Jake) grinned. “If a ten-year-old’s brain is still alive at the end of the movie, that’s all
that matters.”

The film hits theaters this Friday.

Will the Avatar gamble pay off? Don’t bet against James Cameron!