The death of Chris Henry has proven that in the world of sports and entertainment, the two topics have been colliding. If the Tiger Woods infidelity story is any indication, our culture craves celebrities whether or not they’re on the big screen or the big golf course. 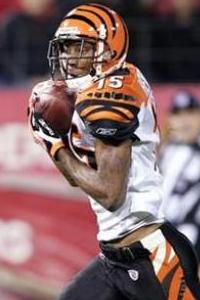 Chris fell out the back of a truck after a dispute with his fiance. Although authorities are saying there were no visible injuries, it matters not: the deceased 26-year-old passed away this morning
at 6:36 am.

Chris Henry was engaged to Leleini Tonga and they were raising three children together. They apparently had just put a deposit on their wedding photos and bought their wedding rings. Tonga has an
active account on MySpace and posted, “Jus put deposIt down 4 weDDing piCs… Paid 4 ouR riNgs… Bout 2 eaT wiT my maN n bay bayz…. Startin 2 geT a headache thinKing bouT dis weddin.. I need A
cuP Mood: ChiLLn.”

They were going to get married this coming March.

Apparently Henry came out of the back of the vehicle while his fiance was driving. Some reports indicate that he was thrown out of the video. Authorities are reviewing the 911 tape to decide
whether or not his fiance was on the scene when paramedics arrived. A homicide is being considered in the case.

In addition to Chris’ family grieving over the untimely death, his team is also dealing with it as well.

The Bengals planned a press conference today to address the death. Mike Brown, the Bengals president indicated that Henry was “gentle, alert and well-spoken” in contrast to how the
media portrayed him.

Our thoughts go out to his family and friends especially during this holiday season.

Read on for more celebrity deaths this year

Remembering Patrick Swayze as he dies at 57

DJ AM remembered in death