Cheers to the greatest city in the world. The host of the 2012 Summer Olympics served as the host with the most when SheKnows arrived at the May Fair hotel in October to get on the Pirate
Radio boat.

In the process of speaking with Notting Hill, Four Weddings and a Funeral writer and Love, Actually writer-director Richard Curtis, SheKnows Entertainment had landed in the heart of why we Americans adore the romantic while sweepingly funny British
film.

What we also discovered is a star for the future who will inherit the shoes of Oscar-winner Kate Winslet in British and then world-wide cinema, Tallulah Riley.

Moments after the world stopped because Michael Jackson died, SheKnows Entertainment’s breadth of reporters and
terrific team in the Scottsdale, Arizona home office came together in synergy and produced unmatched coverage of the most shocking news item of 2009. The King was dead. 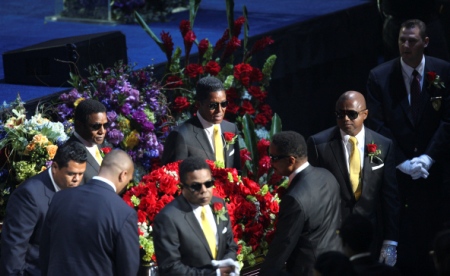 While this story is still unfolding, it is remarkable to remark how over the course of dozens of features since the terrible day of June 25 arrived, SheKnows Entertainment not only sits
across the biggest stars in the world while they’re with us, but also comprehends the social significance of what it means when celebrities pass on. We’re still reeling from Michael Jackson’s death.

Up next…the top two moments in SheKnows Entertainment’s 2009 including a visit with the entertainer of the year!