SheKnows Entertainment had a 2009 for the history books. But, our success in 2009 was simply the first chapter. Flying to London to cover British film, exclusive interviews including our exclusive television one-on-one with the performer of 2009, Sandra Bullock, exclusive trailer premieres and film clips, the unmatched coverage of the sudden and shocking death of Michael Jackson and a months-on-end run of exclusives from all of Hollywood’s number one movies. Oh, and those are simply the highlights!

Going global with our film reviews

In July, a little movie from an enormously popular book hit the nation’s movie screens and SheKnows Entertainment’s review was quoted by Warner Brothers in their trailer advertisements
across the world for The Time Traveler’s Wife.

“The Summer’s best romance” by SheKnows.com was seen by tens of millions — audiences of Grey’s Anatomy, America’s Got Talent, The View and
a dozen other top 20 television programs.

Visiting the world of Disney in Nothern California for Pixar’s Up and Disney Studios Hollywood for the historic Princess and the Frog visit with the cast in one year is
momentous! 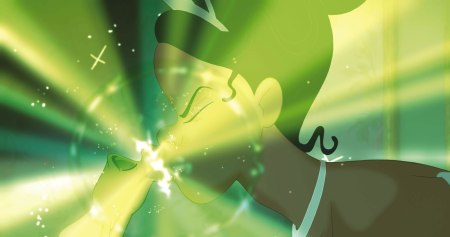 Princess and the Frog is one of the best films of 2009 and to witness Disney’s return to old school animation
on their home turf in Hollywood was a treasured moment for a lifetime.

Not to be outmatched, SheKnows founder Nancy Price headed to Northern California for a
behind-the-scenes visit to Pixar Studios to get behind the Golden Globe nominated Up. After 10 perfect films, Pixar is
the king of animation for the first decade of this new millennium. 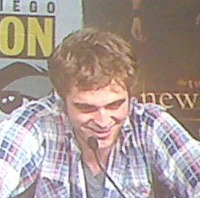 Sharing
Disney’s magic at their Hollywood studio for The Princess and the Frog on the majesty of Up at Pixar central — SheKnows Entertainment is still pinching ourselves with
glee.

Sure, SheKnows Entertainment was front and center for the New Moon press conference when the film premiered in November — but we were into Twilight before the first film
became a sensation.

And thus, SheKnows was at Comic-Con in San Diego in July 2009, witnessing the second coming of The Beatles in the form of the cast of New Moon and their fan’s reaction. 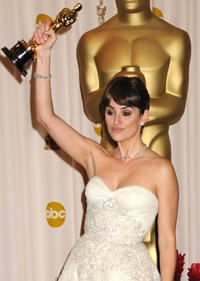 Robert Pattinson, Kristen Stewart and Taylor Lautner spoke of how it was merely 12 months prior that their collective world was much
different.

Oscars 2009 was a fabulous affair with the winners being not only Hollywood’s, but some of the world’s, best artists.

Whether my heralded 100th interview with Oscar-winner Penelope Cruz or the treasured moments with Cruz’s fellow winner Sean Penn and nominee, Josh Brolin…SheKnows Oscar and no one is
more excited to cover the 2010 Academy Awards than yours truly to take 2009’s Oscar coverage and amp it up exponentially.

Up next…one of music’s biggest stars gets the SK video interview!