Author Liza Palmer’s third novel, A Field Guide For Burying Your Parents, shows the maturity of a well seasoned writer. Palmer grew up in Pasadena, California, trying on different jobs before realizing her true calling as a writer. 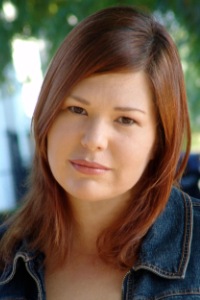 Palmer
chatted up SheKnows about the upcoming release of her touching new novel about love, loss and family, which SheKnows Chick Lit adored in our 5-star review.

SheKnows: Congrats on the release of your third novel, A Field Guide to Burying Your Parents. Could you tell us in your words what it’s about?Liza Palmer: You know this is the hardest question, right? It totally is. And yes, I’m trying to get out of answering it. For me, Field Guide is about loss and
redemption. But, here’s the back cover copy because I tend to get all weird and esoteric about such things. “Grace Hawkes has not spoken to her previously tight-knit family since her
mother’s sudden death five years ago. Well, most of the family was tight-knit– her father walked out on them when she was 13 and she and her two brothers and sister bonded together even closer
with their mother as a result. She’s been doing her best to live her new life apart from them, but when their estranged father has a stroke and summons them, Grace suddenly realizes she’s done the
same thing he had done…abandoned those who need her most.”

SheKnows: The subject matter in A Field Guide to Burying Your Parents is very heavy. What made you want to address it?Liza Palmer: I knew I wanted to talk about loss and abandonment. That’s really all I knew going in. I wanted to put these characters through extremely harsh circumstances (a
parent with a stroke and in need of specialized care) and then juxtapose that with the tenuous relationship of a parent who walked away from the family that now has to make those decisions. How do
you prove love? How do you show love? How do you earn love?

SheKnows: What is your approach to developing characters? Do you spend a few weeks writing their back-story getting to know them before you write them?

Liza Palmer: In the case of Field Guide, I built Grace first and then built the family off of her: different paths, different choices, different outlooks on life had to be
embodied. Then the parents had to be the root of the four siblings. Building John (Grace’s love interest) was a really cool experience – because it was all about trust with these two
and that was a new twist I’d never really worked with before. I also have a character worksheet that I use in the very beginning stages — it’s on my website available for download. I think it’s in the For Writers section.

SheKnows: When you spend so much time creating your characters, would you ever consider revisiting them for another installment? (Hint how about some sequels?)

Liza Palmer: I have huge separation anxiety after a book is finished. I’m still getting over not hanging out with Rascal Page from Seeing Me Naked. The Hawkes
siblings are particularly ensnaring for me because I think you get that they’re at the beginning of something when Field Guide ends, but that’s exactly why I need to pull back.
I went to the LA Times Festival of Books several years back and sat in on a panel with Donald Westlake (RIP) – and someone asked him how he knew when a book was finished. He said,
“When the reader can write the next chapter.” And I think that’s the really job of a writer, to let the reader take the story where you couldn’t.

SheKnows: In Field Guide…Grace and her ex-boyfriend John shared a lot of passionate moments during their relationship. What are the key elements to writing a great love
scene?

Liza Palmer: I think it’s about a couple of things: being a little liquored up while writing it and staying present and not shying away from the urgentness. Mind you — my
mother is my first reader. So, the whole Grace putting her hand down John’s pants? Yeah, my Mom gave me editorial notes on that scene. So, there’s that to keep in mind, as well.

SheKnows: The Hawke siblings have various rituals and behavior patterns they always fall into when they are around each other. Do you have siblings? Do they show up in any of the Hawke characteristics?Liza Palmer: I have one older sister, but what’s most prevalent in my writing is birth order. I’ve realized that I have a hard time not seeing everything from the
youngest sibling’s point of view. Therefore, the relationship hardest for me in Field Guide was actually between Grace and Leo, the baby of the family. That took a few drafts to
understand — but the line about not knowing how to fold a sheet by myself, totally true to life. My sister always took the sheet when we folded our laundry. Confession: still don’t really
know how. And there’s no chance with a fitted sheet. No way. 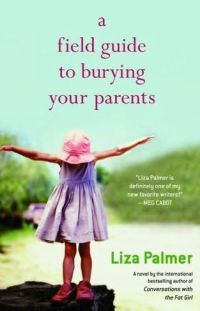 SheKnows: What was the biggest challenge for Grace having to dig her way back into the good graces of her
family? Would you ever forgive someone for walking away from you for five years?

Liza Palmer: This book is all about trust — how tender and gentle it is and how once you, pardon my French, fuck with it — it then becomes about building something new, rather
than re-building the old. Would I ever forgive someone for walking away after five years? Hmm…. I honestly don’t know. I’d like to say I would, but there would always be
that…history.

SheKnows: Congrats on your first novel Conversations With The Fat Girl being optioned for a series deal with HBO. Are you involved in the development and casting? What is
the timeline for it going to air?

Liza Palmer: The producers who optioned Conversations are bloody fantastic – they’ve worked on Rome, Band of Brothers and Generation Kill
in the past. I am more than secure in what they’re going to do with the book, but don’t really have much to do with it other than being ridiculously excited to see what they do
with it.

SheKnows: On your website, you mention becoming part of the writing community is essential. What are some of ways a person can do that?

Liza Palmer: When I finally decided I wanted to do something about writing I started going to these little workshops that were being held at my local bookstore on Saturday
mornings. I also started going to readings during the week at night. I figured I could ask questions about people’s writing process, agents, publishing…whatever. But, mostly I went
because I had let the genie out of the bottle and now all I wanted to do was talk about writing, listen to people talk about writing, be surrounded by writing…whatever it took. I was hooked.
I didn’t feel crazy when I was around other writers. I made sense. Whereas outside of writing, I was a little too intense, a little too distracted, and a little too bored…with writing
I fit. I dove in and never looked back.

Liza Palmer: It’s way more concrete and specific. It’s all about show don’t tell, literally. What is the camera pointing at to show her “keeping her
integrity.” It’s definitely been an education. I’m pretty dialogue heavy in my books, so writing for the screen is a natural evolution – I’m having a blast with it.

Check out our SheKnows Chick Lit review of A Field Guide to Burying Your Parents being released this month.

Read on for more Chick Lit

The best Chick Lit for stockings

A two-chapter excerpt from the highly anticipated Nanny Returns