We’re kicking off our countdown to Christmas and the holidays with our SheKnows Chick Lit 12 Books of Christmas. What better way to relax from the stress of the holiday madness than to curl up by the fire or in front of your Christmas tree and read a beautiful book — or 12? And all these fabulous titles are perfect gifts for the women in your lives — so snuggle up, fans, and ride you the season starting with the perfect book to put you in the holiday spirit.

Oh, and before you sit down to enjoy this holiday pick, check out this tasty pecan butter balls recipe author Ann Pearlman shared with us…. put them in your oven and enjoy cookies and a good book, now we’re talking!

And enter to win your very own copy of The Christmas Cookie Club — we have 10 copies to giveaway!

Every year on the first Monday of December, Marnie and her twelve closest girlfriends gather in the evening with batches of beautifully wrapped homemade cookies. Everyone has to bring a dish, a bottle of wine, and their stories. This year, the stories are especially important.

Marnie’s oldest daughter has a risky pregnancy. Will she find out tonight how that story might end? Jeannie’s father is having an affair with her best friend. Who else knew about the betrayal, and how can that be forgiven or forgotten, even among old friends such as these? Rosie’s husband doesn’t want children, and she has to decide, very soon, whether or not that’s a deal breaker for the marriage. Taylor’s life is in financial freefall.

Each woman, each friend has a story to tell, and they are all interwoven, just as their lives are.

On this evening, at least, they can feel as a group the impulses of sisterly love and conflict, the passion and hopefulness of a new romance, the betrayal and disillusionment some relationships bring, the joys and fears of motherhood, the agony of losing a child, and above all, the love they have for one another. As Marnie says, The Christmas Cookie Club, if it’s anything, is a reminder of delight.

As you read about Marnie and her friends, their struggles and triumphs, what makes them laugh and what has made them cry, you’ll see yourself and some of the ingredients of your own story. Celebrating courage and joy in spite of hard times and honoring the importance of women’s friendships as well as the embracing bonds of community, Ann Pearlman has written a novel that speaks to us all. 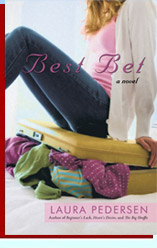 If you’re looking for a fun series to dive into over the holiday break (enough Twilight already!), SheKnows Chick Lit says try author Laura Pedersen and her Hallie Palmer series.

Best Bet, the fourth and final book in the series, is out now – so you can pick up all four books (Beginner’s Luck, Heart’s Desire, The Big Shuffle and Best Bet) and get lost in the charming world of this humorous and heartfelt heroine.

Since Hallie’s father died and left behind ten children, money at the Palmer household is tighter than ever. And just when Hallie thought she was graduating from college, it turns out she’s four credits short. A professor needs one more student for a project that will take her around the world. Only longtime boyfriend Craig has another proposition for Hallie.

Now from the bestselling author of The Cure for Modern Life and Once Upon a Daycomes a riveting story of suspense about a literature professor whose carefully constructed life is shattered after the death of her twin brother and the unraveling of the secret world they shared. 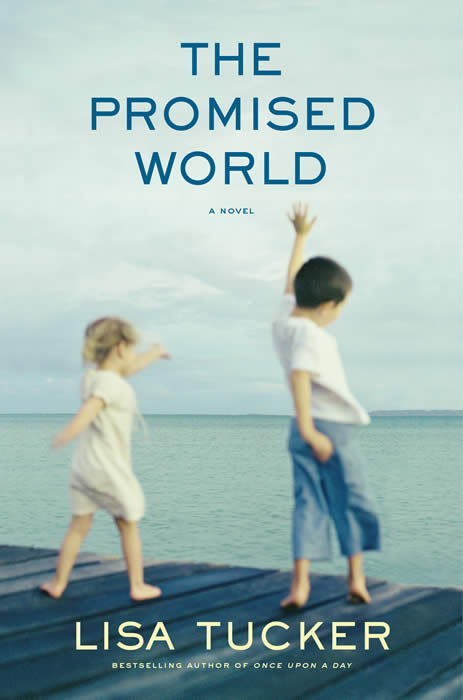 On a March afternoon, while Lila Cole is working in her quiet office, her twin brother Billy points an unloaded rifle out of a hotel window, closing down a city block. “Suicide by police” was obviously Billy’s intended result, but the aftermath of his death brings shock after shock for Lila when she discovers that her brilliant but troubled twin — the person she revered and was closer to than anyone in the world — was not only estranged from his wife, but also charged with endangering the life of his middle child and namesake, eight-year-old William.

As Lila struggles to figure out what was truth and what was fiction in her brother’s complicated past, her job, her marriage, and even her sanity will be put at risk. And when the hidden meaning behind Billy’s stories comes to light, she will have to act before Billy’s children are destroyed by the same heartbreaking reality that shattered her protector and twin more than twenty years ago.

Pieces of Happily Ever After

What happens after “happily ever after”? Don’t we all want to know? We at SheKnows Chick Lit do! This novel is the first pick in our upcoming SheKnows Chick Lit book club — so get reading and come back for more articles on the author, a contest and a great online discussion of the book. Meantime, happy reading!

Behind all of the “Hollywood” glitz in her charming new novel, Irene Zutell brilliantly weaves together a story about family, heartbreak, and the sacrifice and humility one woman must face in order to live happily ever after. 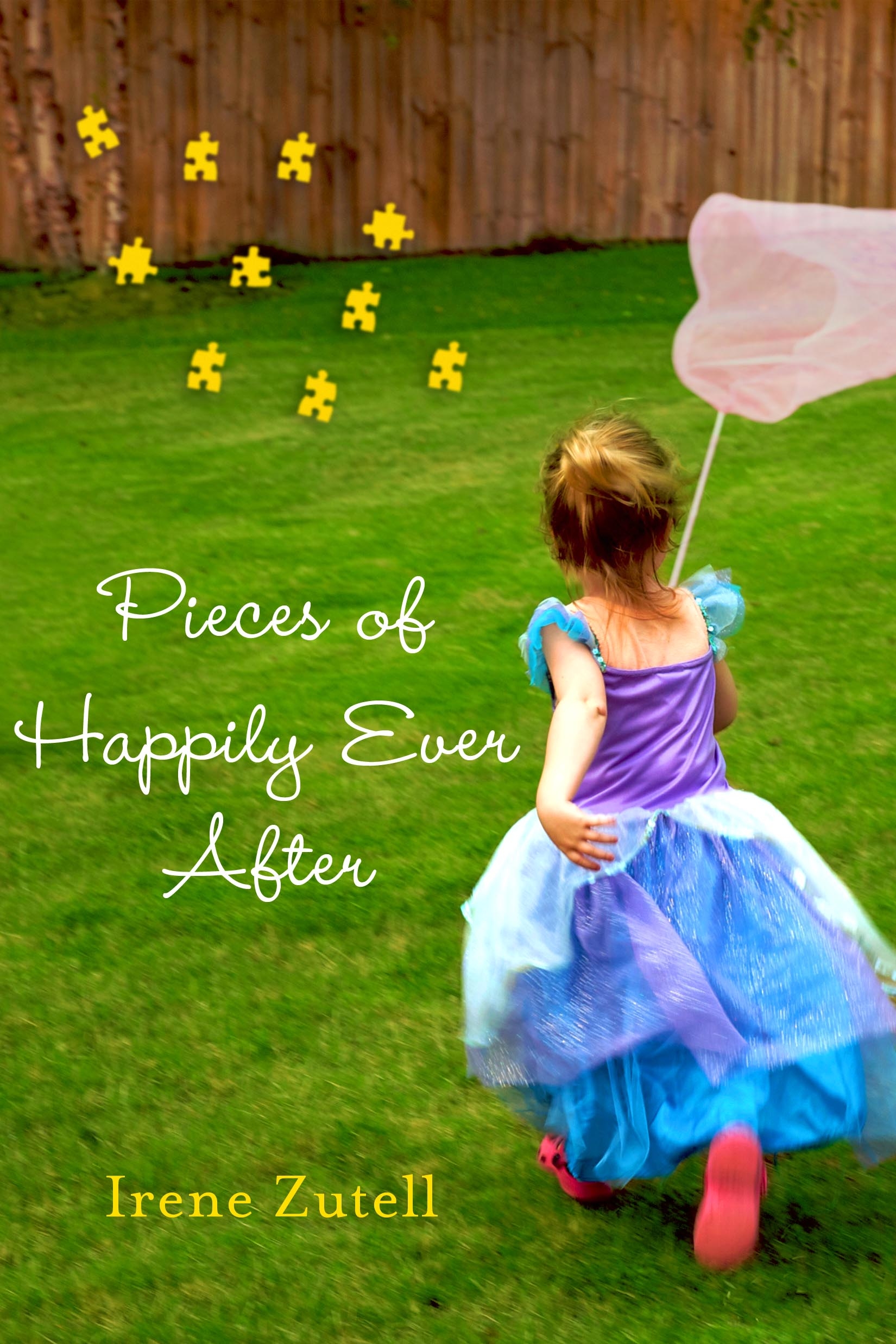 In Pieces of Happily Ever After former celebrity reporter and journalist Irene Zutell tells the story of Alice, a former New Yorker who has it all—perfect family, glamorous job, and a dream home in LA. When her attorney husband lands a trophy client, reigning box-office queen Rose Maris, it seems the sky is the limit. Then Alex starts working late— a lot. He crunches his paunch into a six-pack and trades his Gap ensembles for Armani everything.

Soon, Rose and Alex’s affair blazes in the tabloids while Alice sustains flash burns from paparazzi hoards depicting her as the dumped one. Plunged into trash-gossip hell, Alice struggles to raise her five year-old while caring for her senile mother. As her life crumbles around her, she is forced to navigate her newly single self through suburban LA — a place rife with soccer moms and nutty neighbors.

Is there a chance to wrest Alex from the Sexiest Woman Alive? And if so…would she want him back? And what about Johnny, a walking charm-bomb paparazzo who wants to be the new man in her life?

Everyone in Hollywood has an agenda — what’s his? As the smoke clears and Alice inventories the rubble of her life, she desperately searches for her bearings. Her story will make readers root for her as she learns what she really wants from life, love, and herself.

Read on for more Chick Lit

Chick Lit in your stocking!
A Field Guide to Burying Your Parents review
Nanny Returns authors turn the tables