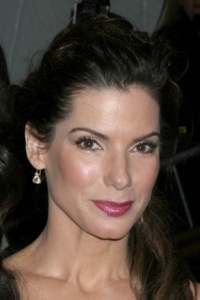 Many of the
nominees expressed their thanks through public statements, including Sandra Bullock, Emily Blunt and Morgan Freeman, among
others.

SheKnows has collected some of these statements just for you!

Sandra Bullock, nominated for The Blind Side and The Proposal:

“I am beyond stunned. Just to be included in the company of these amazing women I have so admired through the years, has left me slack jawed with awe. It is truly an honor just to be
nominated by the Hollywood Foreign Press, and I will cherish this moment with all the artists I have worked with behind the scenes, who truly make me look good! Thank you very much.”

“I’m so grateful to have been nominated by the HFPA for what really is the role of my career so far. Playing the young Queen Victoria was a big challenge, but also a hugely rewarding
experience and now to find myself nominated for a Golden Globe alongside such incredibly talented women is a massive thrill and is testament to the incredible effort of all the cast and crew on the
film.”

“Prayers For Bobby is a project close to my heart and it means so much to have the Hollywood Foreign Press acknowledge my work and the importance of this small but powerful film based on a
true story.”

“I want to thank the Hollywood Foreign Press Association for this tremendous honor. Congratulations to Clint Eastwood and Matt Damon on their nominations, and I extend my deepest
gratitude to my producing partner Lori McCreary, and the entire cast and crew of Invictus for their tireless work to make a film befitting of Nelson Mandela’s legacy. Playing Mandela was
the greatest honor of my career, and I hope that I have done him proud.”

“I have loved every moment of working on this show and every person involved in the process… It’s a true honor and thrill to also have been recognized by the Hollywood Foreign Press.”

“Insomnia is not usually this much fun. I am ridiculously happy for our show. What a thrill.”

“A hearty thank you to the members of the HFPA. I am delighted and very grateful to be included. Congratulations to all fellow nominees and eternal thanks to Rob Marshall.”