The nominations for the Golden Globes Awards were announced December 15 honoring Nine, Avatar and Inglourious Basterds. The popular show Glee raked in the TV nominations followed by 30 Rock, Big Love and Dexter. 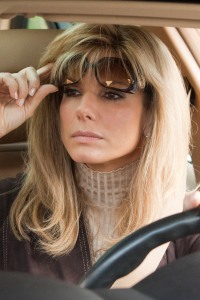 Among the Golden Globe highlights is our
girl Sandra Bullock scoring, not one, but two nominations. The actress who reported “my movies don’t get nominated” is singing a different
tune December 15 with her nomination for The Blind Side as well as her comedic nomination for The Proposal.

Meryl Streep also pulled double duty with her nomination for Julie and Julia as well as her priceless turn in Nancy Meyers’ It’s Complicated.

For the Best Picture Drama category, the nominations were hardly a surprise. Avatar, The Hurt Locker, Inglourious Basterds, Precious
and Up in the Air will battle for that title while in the Best Picture, Comedy category — the films 500 Days of Summer, The
Hangover, Its Complicated, Julie & Julia and Nine earned the top nominations.

What was also fabulous to see from the Hollywood Foreign Press, who presents the Golden Globes, is their recognition of Courteney Cox in Cougar Town and Edie Falco for Nurse
Jackie, both SheKnows interviewees!

Where the widely lauded Precious lands in terms of victories after its’ slate of nominations is not clear. In any other year, the heartbreakingly terrific film would sweep the awards
season. But, competing against George Clooney and Up in the Air and the enormous James Cameron return to cinema in Avatar, if the independent film wins it will be a huge
and welcomed upset.

Female filmmakers were greatly represented with a best directing nod for Kathryn Bigelow for The Hurt Locker and Nancy Meyers (stay tuned to SheKnows December 18 for our exclusive with
her!) for It’s Complicated’s screenplay.

The Golden Globe Awards will air Sunday, January 17, at 8 pm ET on NBC. 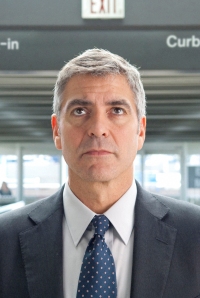 Best Director in a Motion Picture

Jason Reitman, Up in the Air

George Clooney, Up in the Air

Sandra Bullock, The Blind Side 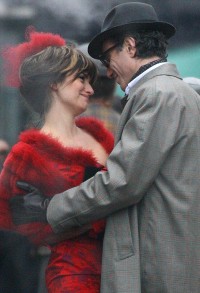 Vera Farmiga, Up in the Air

Anna Kendrick, Up in the Air

Up in the Air, Jason Reitman, Sheldon Turner

Cloudy with a Chance of Meatballs

Best Actor in a Television Series, Comedy or Musical

Best Actress in a Television Series, Comedy or Musical

Best Miniseries or Motion Picture Made for Television

Sandra Bullock for The Proposal

Anna Kendrick dishes Up in the Air

The cast of The Princess and the Frog

Glenn Close and her Damages

Julianna Margulies is The Good Wife

Cloudy with a Chance of Meatballs exclusive with Anna
Faris

SheKnows visits Pixar and gets behind Up