With the mistress count now allegedly up to 12, Tiger Woods indiscretions are all anyone can talk about. As Woods has taken an indefinite leave from golfing, the question is raised about what happens to his $110 million in yearly sponsorships? While some of his sponsors are turning away, others are standing by his side. 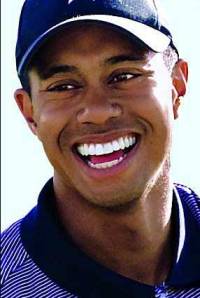 Global consulting firm Accenture
has dropped Woods, releasing a statement that after the recent spate of bad news, “the company has determined that he is no longer the right
representative for its advertising.”

One of his biggest sponsors, Gillette, hasn’t dropped Woods entirely, but plans to lay low and hold back his ads for an “indefinite period of time” (perhaps the same period as he stays off the
course?).

The Swiss watch company Tag Heuer was ready to stand with Woods, claiming his personal life is “not our business” and that he remains the world’s best golfer, which is what attracted them to him to
begin with.

This morning, however, Tag is singing a different tune. Now that Woods is taking a break from golfing, they’re going to take some time to reassess their stance.

Surprisingly, several sponsors have decided to keep him in their stable, including his biggest sponsor, Nike.

“One of the things we always try to do when we have a big endorsement is check out the character and the pattern of the individual,” Nike chairman Phil Knight told Sport Business Journal.
“Obviously, [Woods] was one we checked out and he came out clean, and I think he’s been really great. When his career is over, you’ll look back on these indiscretions as a minor blip.”

Nike better hope so, as they’ve built an entire line of golf sportswear and equipment around his name!

Also counting on a social and professional comeback is Electronic Arts (EA) gaming company, who told IGN, “Our strong relationship with Tiger for more than a decade remains unchanged. We respect
Tiger’s privacy, we wish him a fast recovery and we look forward to seeing him back on the golf course.”

While AT&T has removed Woods from their ads as Gillete has, the company claims it’s still on board with Woods, who hosts the annual AT&T National at Congressional Country Club every July 4
weekend.

There’s been much hubbub about Gatorade dropping their beverage line Gatorade Tiger Focus, but that news was released days before the Woods drama began to unfold and the company insists it will
continue to work with Woods.

Anyone who follows scandals (or tunes in to soap operas!) knows redemption can come in many shapes and sizes and fans are sometimes known to have short memories when it comes to indiscretions short
of murder. In this case, Woods’ sponsors seem to be counting on that, but only time will tell.