Avatar cost more to make than any other film in Hollywood’s illustrious history. For the director who previously made the most expensive movie ever in Titanic, Avatar’s success is still a sure-fire bet. Many who have seen the film say this James Cameron film blows that Oscar-winning masterpiece out of the water.

Avatar, 20th Century Fox’s flick, is expected to reap in big bucks when it opens nationwide this December 18. If you went to the theaters this past August, you may recall the unusual
trailers of being able to preview Avatar for fifteen minutes nationwide. Marketing costs for Avatar are in the tens of
millions! 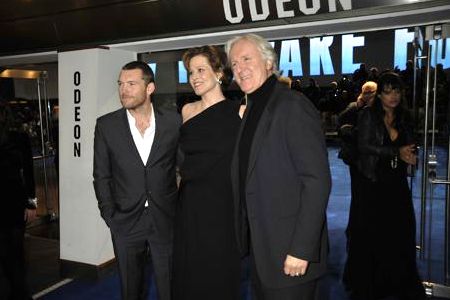 As for the flick, it takes place in the future. Jake, a paraplegic war veteran, is taken to a whole new planet called Pandora. Well, Pandora is inhabited by the Na’vi, a humanoid race with their
own language and culture. You can guess what happens next: earthlings find themselves at odds with not only each other but the local culture, too.

The mega movie is directed by James Cameron of Titanic fame who overran that film’s budget, missed deadlines, and then raked in $600 million domestically and $1.2 billion
internationally. And oh yeah, the film won 11 Academy Awards. Eleven! Titanic cost over $200 million and now sits as the biggest box office success in history.

With a gargantuan premiere on December 10 in London, chances are next week when Avatar opens in theaters nationwide, it will give this week’s new number one flick, Disney’s
The Princess and The Frog, a run for its money.

The Princess and the Frog wins the box office

A star-studded clip from Nine