The Princess and the Frog tops the box office as female audiences continue to flex their muscle at the nation’s box office. The Disney return to old-school hand-drawn animation took in $25 million in its first weekend of release. 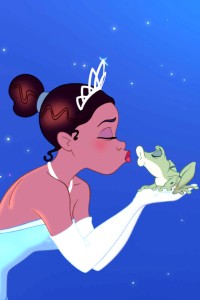 Whereas Up, many consider a contender for a Best Picture nomination from Oscar, was completely created on computer, The Princess and the Frog took years of painstaking
hand-drawn animation.

The Princess and the Frog is filled with all the elements that make a fantastic Disney film. A princess we adore, a prince audiences hope will find his way to said princess, and a
soundtrack packed with the most catchy and emotionally charged music Disney has produced in years.

Whether the success of The Princess and the Frog’s first weekend box office number produces more hand-drawn animated movies is frankly, unlikely. Disney in their effort to launch their
first African-American princess on film knew they had to make the film an event.

In this day and age of computer animation, with its quicker creation time and thus cheaper production costs, it’s hard to believe other studios — who live by the bottom line — will try
to replicate what Disney achieved with The Princess and the Frog.

But, for Disney as they branch out into new storylines involving other cultural communities in America, their days of hand-drawing films is far from over. They were, and always will be, the best
and The Princess and the Frog proves it.

Meanwhile, the rest of the box office chart showed Sandra Bullock’s incredible success with The Blind
Side continuing as the box office smash added another $15.5 million to its already impressive tally of $150 million to come in second.

Matt Damon and Morgan Freeman, besides speaking to SheKnows this week in our interview, also had another reason to cheer as their Clint Eastwood-directed Invictus took third place at the box office with a $9.1 million.
Invictus is getting serious Oscar buzz and look for the film to perform as the other Warner Brothers film has — The Blind Side — and build buzz and box office as the
week’s progress through the holiday movie season.

The Twilight Saga: New Moon is finally showing signs of slowing its box office success as it slipped to fourth
place. New Moon earned $8.0 million to bring its US total to $246 million.

Women are ruling the box office roost of late as New Moon began the trend a month ago with it’s record-setting box office first weekend, followed by a similarly huge second weekend.
Meanwhile, Bullock’s The Blind Side was neck and neck with the vampire love story and emerged as the third week of release box office champ. Now, with the success of The Princess and The Frog, the youngest women of the audience have made their voices heard.

How things shake out next week is still up for debate. Although a children’s story, Avatar arrives December 18 seriously shake things up with wide-audience appeal. With
Avatar as James Cameron’s first film since Titanic, look for all the December 11 top 10 films to take a dip next week as the King of the World returns to claim his throne atop the
modern box office.

The Princess and the Frog cast chats to SheKnows

A star-studded clip from Nine

Up in the Air exclusive interview with Anna Kendrick