These were the hottest news stories for the week ending December 11, 2009. 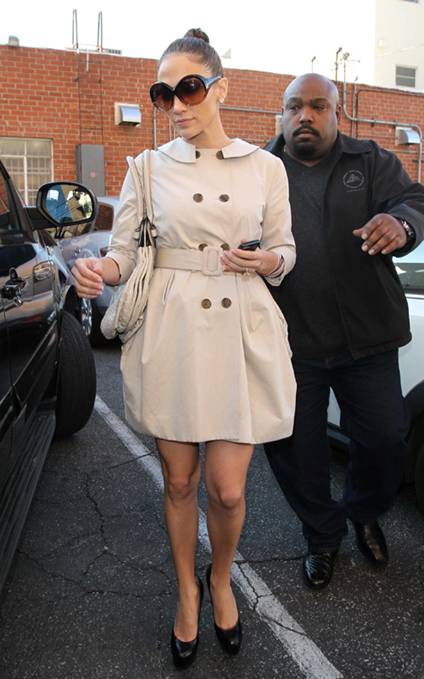 Jennifer Lopez keeps her look chic and simple, making her coat her entire outfit. The beige, double-breasted coat features a same-fabric belt, modified Peter Pan collar and a slightly pleated, full
shape from the waist down — perfect for tulle-lined or tulip skirts. We could do without the ridiculous sunglasses.

Tiger Woods is so done for

First Lady Michelle Obama tops the Barbara Walters list of the Ten Most Fascinating People of 2009. The highly-educated, fashionable and much
beloved fist-bumping First Lady came in ahead of the likes of Lady Gaga, Tyler Perry, Michael Jackson’s children and, in a repeat of the 2008 elections, Sarah Palin.

Kendra Wilkinson has a boy

The Girl Next Door is now a mama! Hugh Hefner’s former gal pal Kendra Wilkinson gave birth to her first child with football player
husband Hank Baskett. The humongous baby boy weighed over nine pounds and was delivered via C-section after a day of labor. The name? Hank Baskett IV, of course!