She’s one of the world’s most famous celebrities so when it comes time to making a statement, the Academy Award-winning actress has never been a shrinking violet. 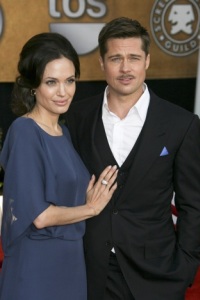 Angelina Jolie, the Goodwill Ambassador for the UN Refugee Agency, wrote an Op Ed piece for Newsweek, “Justice Delayed Is Not
Justice Denied,” asking Obama to amp up his efforts to help Darfur.

“I believe President Obama and his special envoy Scott Gration will do their best to bring peace to the region. Their policy, though,
raises a number of questions. How is the Obama administration’s approach to Sudan an evolution of justice? In addition, when the administration says it intends to work to “improve the lives of the
people of Darfur,” I would like to know what that means, besides the obvious point that their lives could hardly get worse.”

“I also hope we will act sooner and more powerfully to prevent future atrocities. A Council on Foreign Relations report released today (funded by the Jolie-Pitt Foundation) offers
recommendations. There will be pressure on the United States and its partners to bring stability to Sudan, even at the expense of criminal accountability. Regardless of the rationale, the end would
be the same: victims left without justice while perpetrators walk away. Even if justice is delayed, it must never be denied. The Declaration of Human Rights did not promise freedom or justice or
peace.”

Angelina Jolie talks about The Changeling