Barbara Walters fans tuned in with high expectations, but while the 10 Most Fascinating People of 2009 list was intriguing and the first lady was an admirable choice for the top spot, the actual show was a snooze-fest. 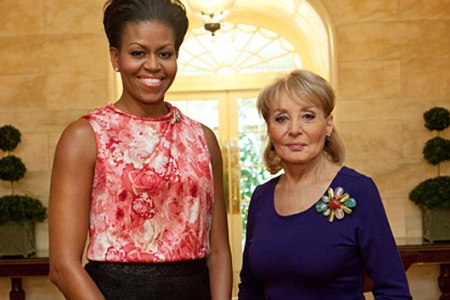 There were certainly some juicy moments. Just seeing Gaga glammed up like a lady was fun, and it was surprising to see her lip quiver at the question of whether she’s slept with women (the answer:
she’s had “sexual relationships”).

Adam Lambert’s “deal with it” attitude about his gayness was no surprise, but it was impressive that he kept it up without seeming too jerky. As he said, “It doesn’t really matter who I’m sleeping
with. What matters is my singing, my voice.”

Tyler Perry’s fulfilled dream of giving his mom a lifestyle befitting The Young and the Restless grand dame Katherine Chancellor was truly touching, especially as Mama Perry passed away
December 8. We would have liked to hear more about him (which can actually be said about most of the 10 Most Fascinating People of 2009!). 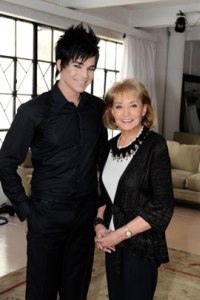 The casual chat
with Michelle Obama definitely wasn’t fascinating, but may have been the highlight. It was relaxed and uninformative, aside from her divulging the secret to her great arms (she works out, duh), but
it was nice to see our First Lady just hanging out with Bab’s and being a real person — which is what she does best!

Unfortunately, however, there wasn’t much meat to most of the profiles and interviews in Barbara Walters’ 10 Most Fascinating People and a
lot of what we saw was just rehashed old interviews and clips.

We can’t say we learned anything new, and have to reiterate our disgust over the attention people – in this case Walters — are giving Michael Jackson’s kids.

MJ spent so much energy trying to give them a normal life and while he may have gone overboard with the masks and all that, the sentiment was clear: he didn’t want them in the spotlight. It’s
upsetting how quickly that has been tossed aside since his death.

As a side note, there’s still been no word on whether the kids will make appearances in The Jacksons: A Family Dynasty, A&E’s new six-episode miniseries that premiers Sunday, December
13 at 9 pm and then moves to the 10:00 pm slot. SheKnows is as curious as the rest of America, yet seriously hopes not.

Desperate Housewives has a killer cliffhanger

The Good Wife is a smash!