Barbara Walters annual round up the 10 Most Fascinating People airs December 9 and it’s an intriguing list of folks we haven’t known for all that long. 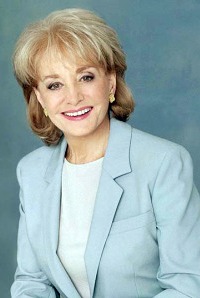 You may not like everyone on Barbara Walter’s annual list this year, but this crew certainly caught our attention.

“It’s the edgiest show we’ve done,” she previewed on The View, and by that she means there’s going to be a lot of sex talk!

Obviously, a chat with Lambert is going to get sexy, but word is, Walters even questions Gaga about sleeping with women.

Jenny Sanford seems a natural choice, especially in a time where everyone’s talking about the sexcapades of Tiger Woods
and tuning into the show The Good Wife. Being married to South Carolina Governor Mark Sanford makes her the woman behind this
year’s most intriguing sex scandal and it will be interesting to hear her side of this untold story.

Sarah Palin and Kate Gosselin are not so sexy, however, and we can’t imagine what these two have to say that we haven’t already heard — especially as Palin was in Barbara’s list last year!

That said, however, Gosselin, along with her ex and costar in Jon & Kate Plus 8, was ranked the eighth most popular search this year on Microsoft’s search engine, Bing. Clearly, she
intrigues us!

Michael Jackson took the lead in that search ranking, and we’re not surprised Barbara is profiling his kids. Who isn’t curious about the life in the shadow of a dad like Michael? While she’ll
include old interview footage of the King of Pop, however, it doesn’t sound like she’ll actually get to sit down with Prince Michael II, Prince Michael Jr and Paris Michael Katherine.

Comedian-writer Tyler Perry is an entertainment mogul who puts his name on just everything he’s involved in, whether it’s a movie or a TV series. Still, Perry wasn’t a name you’d likely heard
before this year if you aren’t African American or in the entertainment business. In spite of his massive success, his mainstream notoriety came when he put his name next to Oprah’s in selling the
breakout hit Precious. SheKnows is curious to hear from this one!

As mentioned, Barbara always holds one name for the element of surprise, and based on one glaring omission, we were thinking it had to be Taylor Swift. Then we heard that it had been a toss up
between Swift and Lambert. Since Lambert won, we’re as stumped as can be!

Maybe retiring Oprah? Or Tiger Woods? What about President Barack Obama or Sandra
Bullock for the incredible year she’s had with The Blind Side and The Proposal. Tune in to find out who gets
the number one spot tonight on ABC.

Desperate Housewives has a deadly cliffhanger