Here at SheKnows there are a few celebrity stories which are among our favorites. Susan Boyle is one of them. Her I Dreamed A Dream album continues to hold its ground as the number one spot on the Billboard 200 with yet another milestone. 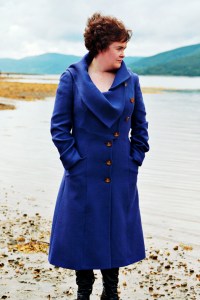 Boyle’s album became the fastest selling debut album over a two week period after its release. I Dreamed A Dream earned the
highest second week sales of the year with 527,000 copies sold this week!

In addition to out of sight record sales, major media outlets are backing the songstress, too. Star Magazine said, “Her debut album is rocking the charts.”

According to Entertainment Weekly, “The Britain’s Got Talent phenom bagged the year’s hugest bow by far, selling a stunning 701K copies of her debut album in a crowded week.”

In fact, over two million copies of Boyle’s
album have been shipped to retailers. And her successful album isn’t only making a splash in America! She’s doing quite well across the pond, too. I Dreamed A Dream was numero
uno on the charts in the United Kingdom, Australia, New Zealand, Switzerland, Ireland, Canada and Japan.

Susan Boyle’s debut album is turning heads for sure as it sold over 701,000 copies in America and five million copies worldwide in its first week of sales. She rocked history as I Dreamed
A Dream bolted into first place as the highest first week of sales of 2009 and the largest ever debut for a female artist on the Billboard 200 in the Soundscan era.

Plus, she’s not done yet. Susan Boyle will star in a one-hour television special on the TV Guide Network. On December 13 at 9 pm, her special will premiere: I Dreamed a Dream: The Susan
Boyle Story. It will air on ITV1 in the UK and will be followed by the North American premiere on the TV Guide Network at 8 pm.  The show will highlight the successful tale of this
woman’s journey from a rural village in Scotland to overnight singing sensation.