In honor of the DVD and Blu-ray release of Public Enemies, we have an exclusive clip from Oscar-winner Marion Cotillard discussing the joy it was getting into costume, hair and make-up each day. 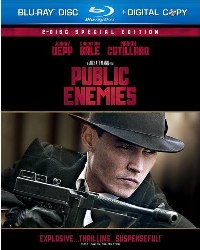 Public
Enemies is available December 8 on home video and the French actress shines in her role as Johnny Depp’s John Dillinger’s girlfriend. Through Cotillard, the audience is giving a
ride into the wild world of one of the country’s most notorious gangsters.

Dillinger was a charismatic bank robber whose sensational grab and dash from the nation’s banks made him the stuff of legend to Americans in the grip of The Great Depression. The more he
became popular, the more Dillinger was sought after by the head of the FBI and its top cop, J Edgar Hoover. Hoover (Billy Crudup) sends in his top agent, Melvin Purvis (Christian Bale) to hunt down
and stop the “modern Robin Hood” from making a mockery of the United States justice system.

There was also one small little problem. Should Dillinger be caught, he had a nasty habit of escaping as no one else prior.

Cotillard portrays Dillinger’s girlfriend, Billie Frechette. As directed by Michael Mann, Cotillard had the pleasure of working for a director whose attention to detail knows no bounds, thus
allowing her to completely explore her character on many levels.

Witnessing the story of Dillinger as inhabited by one of our generations best actors in Johnny Depp is a treasure. Public Enemies illustrates how an actor such as Depp can so effortlessly
lose himself in a character. Depp’s Dillinger is unlike any Depp performance you’ve ever seen. He is steely while charming, tenacious while thrilling and all the while — as is always
the case with Depp — the audience forgets they’re watching “Johnny Depp.”

Public Enemies is the fourth of an avalanche of home video releases for December 8. Between the Lost Season Five complete set, the delicious Julie and Julia and Harry Potter and the Half-Blood Prince, Hollywood has given home video connoisseurs
something for everyone. (All our reviews are highlighted above by movie title.) 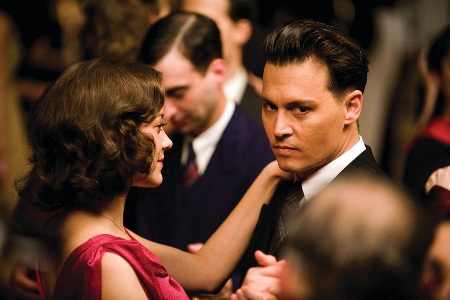 Where Public Enemies sets itself apart from the pack is how in a Mann film, one is completely swept into the world he has crafted. Oscar nominations abound for the director and its cast
with a win in 2007 for Cotillard. So, simultaneously Public Enemies is an Oscar-caliber film that also doubles as a historical drama that feels like a popcorn movie.

It is one of the year’s best.

exclusive look at the costumes & makeup on Public Enemies

In this exclusive from the Public Enemies DVD, see how the magic of the movies brought the ’20s era to life.

Up in the Air with Anna Kendrick