The man who brought Chicago to the big screen is doing it again! This time, Rob Marshall has taken on the 1982 Tony winner for Best Musical, Nine, along with an international cast of screen all-stars headed by Daniel Day-Lewis.

The Broadway hit, which actually walked away with five Tony Awards back in ’82, is based on the autobiographical Fellini film 8
1/2, which chronicles the infamous film director’s own midlife and mid-career crisis. 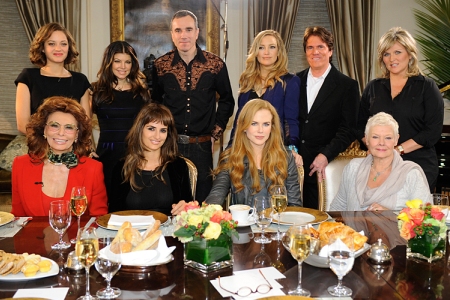 In the upcoming big screen production of Nine, Lewis plays the star of the story, Guido Contini, a director who is suffering through his newest film. Not only has he lost his inspiration,
but he can’t seem to get a handle on the women in his life, including his wife (Marion Cotillard), his mistress (Penelope Cruz), his film
star muse (Nicole Kidman), his confidant (Judi Dench), an American fashion journalist (Kate
Hudson), the whore from his youth (Fergie of the Black Eyed Peas) and his mother (Sophia Loren).

Talk about a cast! Word is, the music and lyrics by Maury Yeston put this film over the top and that Nine is even more fun that Chicago. That’s hard to imagine!

SheKnows will preview Nine for our readers in the coming weeks, but we can say this is one hot trailer:

read on for more celebrity news

Little House on the Prairie The Musical exclusive preview