Jingle Ball only comes around once a year but when it does, music fans are in for a holiday treat with the hottest musicians in the world. The Jingle Ball concerts are occuring across the couontry throughout December. In New York City, for example, the music stars could not be bigger. 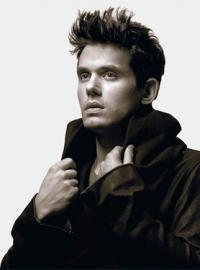 With a stellar line up for its Jingle Ball concert this year like Taylor Swift, the Fray and John Mayer, there’s no doubt the sell-out crowd December 12 at Madison Square Garden in Manhattan will be rocking.

Other special guests include Adam Lambert, Leighton Meester, Miranda Cosgrove, Allison Iraheta and Peter Facinelli from Twilight. Naturally, with a sizzling line-up tickets are sold out but fans may tune into the station all week to win free tickets.

As for the rest of the A-list line-up, Jordin Sparks, Justin Bieber, Kris Allen, Boys Like Girls, Pitbull and Jay Sean. Owl City and Ke$ha will also round out performances. One of the most popular NYC radio stations, WHTZ (Z100) 100.3 FM, has had a history of excellence with the Jingle Ball concerts which has highlighted big names in the past from Jay-Z to Shakira to Avril Lavigne.

Z100 does not disappoint: the pre-show in itself is coming to the Hammerstein Ballroom. Z100 and Coca-Cola will have their All Access Lounge on December 11 in the hours to precede the concert which starts at 7:30 pm. Admission is not guaranteed and while it’s a first-come first-serve free event. The best way to get in is to show up early. In order to attend a meet and greet, fans must have won a pass. From 12 to 6 pm, performances and meet and greets will include Justin Bieber, Ke$ha, Orianthi and Jay Sean and meet and greets with Leighton Meester and Miranda Cosgrove.

The next evening, Jingle Ball rocks Tampa, Florida — be sure to check your local pop music stations about Jingle Ball concerts and the lineup in your area.