As the new season of American Idol sits on the horizon with its January 12 premiere, SheKnows caught up with three of season five’s top 12. American Idol champion Taylor Hicks is the next to receive the SheKnows Entertainment exclusive Q n’ A session. The best top 12 in Idol history sparks a passion for all things American Idol. 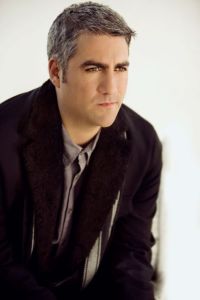 Hicks exemplifies why we love
American Idol. An older Idol in his late twenties, Hicks auditioned
in Birmingham, Alabama and completed his American Idol run as the champion.

Since Hicks’ fateful season five, Idol has crowned several new champs, but few have had the musical soul of Taylor Hicks.

As the dawn of another American Idol season begins on January 12, 2010 with the addition of a new judge in Ellen
DeGeneres, Hicks phones SheKnows for an exclusive chat about his take on American Idol, version 9.0.

Taylor Hicks: Hey there Joel, good to talk to you again.

SheKnows: So, how are things in your life right now?

Taylor Hicks: It couldn’t be better. I’ve managed to travel the country (with Grease) and see new places. I’m on the hunt for a place to live and this is
a great way to experience a lot of different cities and find that particular place that I like.

SheKnows: When we last spoke, you were about to go out on Grease and one of the aspects you were really looking forward to was playing to each city with your own band as
well. How did that go?

Taylor Hicks: I think it’s been going great. The response has been overwhelming for both the record and for the Grease show. I’ve really enjoyed touring with
Grease and the record together. It was nice to also swing back down through the South.

The meaning of Soul

SheKnows: Yes, actually spoke to Hall and Oates last month and we got to talking about soul and I wanted to ask you about it. I talked to them separately and they both came back to
the same thing that it was not necessarily about soul music, as it is about soul singing. Do you agree?

Taylor Hicks: I totally agree. You could even go a step further than that and say the feelings that you have is soul — the feeling that you when you sing soul music is that you
have to sing it with feeling.

Taylor Hicks: That’s exactly what it is; it’s a feeling, more or less. 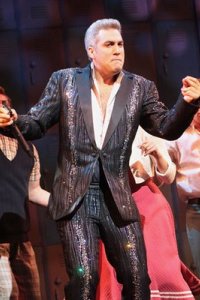 SheKnows: As a
songwriter, how has the process changed for you over the years and how do you think you’ve evolved over the years?

Taylor Hicks: It’s a lifetime learning process writing music. Whether its collaboration or your own personal work, each time you do write, you not only learn more about
yourself, but you also develop as a songwriter.

SheKnows: The phenomenon of American Idol, I’m getting a lot of requests from my readers about American Idol Rewind that is focusing on your season —
season five. What is it like relaxing after a performance of Grease out there on the road in the hotel, just flipping the TV and you come across yourself singing on American Idol rewind?

Taylor Hicks: It brings back a lot of great memories when I was on the show. I was really glad that I won (laughs).

SheKnows: (Laughing) I’ve talked to five of your other season five American Idol Top 12 compatriots and we’ve decided it’s the best top 12
ever — top to bottom. What was it like part of such a richly talented group? Of course, you come out the winner!

Taylor Hicks: I am very lucky and very blessed to be on American Idol with a lot of talented people — a lot of
talented people that have been able to sustain careers in this business. That’s something that I take pride in and I take pride in, I also believe it was the best season. I get excited when I
do see it again. I get to revisit those fond memories I have from being on the show.

SheKnows: You seem to be having a blast doing Grease, if another show – a couple of years from now – came along, maybe playing Frankie Valli in Jersey
Boys, would you jump at that?

Taylor Hicks: You know if the right role came along, I’d consider it — definitely. This particular role has allowed me to observe acting and get better at becoming an actor
and also understand what musical theater is all about.

SheKnows: Well, Taylor, thank you again for visiting with me, it was a true pleasure.

Taylor Hicks: Hey, thank you so much, anything you need. Just let me know. Take care.

SheKnows: You too, Taylor.