Tiger Woods left mistress Jaimee Grubbs a phone message and now the world knows his affair is all-too-real. We’ve got the tape and SheKnows wonders if you think the voice on the tape is Tiger Woods. 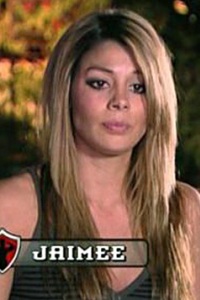 Cocktail waitress Jamiee
Grubbs is not hiding from the fact that she had an ongoing relationship with Tiger Woods — and has released the voicemail
to prove it.

Grubbs has taken the spotlight full throttle with her voicemail as well as her report of possessing over 300 text messages.

Tiger Woods admits to “transgressions” by ‘fessing up that he has not stayed true to his values and the behaviors his
family deserves. The said transgressions began when Tiger Woods met Grubbs at a Las Vegas nightclub the week after the 2007 Masters golf tournament. At the time, Woods’ wife, Elin, was not with
him. The reason? Mrs Woods was seven months pregnant with their child!

Since Woods cannot simply deny the indiscretions — now documented via the infamous voicemail provided by Jamie Grubbs, which you can hear
below — several questions remains about the future of Woods’ marriage. Will the transgressions lead to a divorce? Will Grubbs and Woods
continue their affair now that it’s out in the open? What are next steps for Tiger Woods on the golf course? Will these public distractions impact his career?

There’s no doubt that his relationship with Jamiee Grubbs has led to tarnishing Tiger Woods’ name and squeaky clean image.