Diggs made his acting debut opposite Angela Bassett in Stella’s Got Her Groove Back. Since then, Taye Diggs has become much more than an actor who always
projects the most impeccable performances.

Diggs, whether it’s Private Practice (don’t miss their double-episode on December 3!) or his roles in Daybreak, Ally McBeal and the literal stage that spawned his
career, Taye is the consumate professional. The actor arose through the musical theater and his performance in the film versions of Rent and Chicago is the stuff of cool legend. 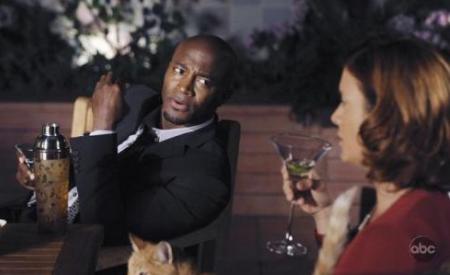 The Rochester, New York native is married to Indina Menzel and proud parent of baby Walker. Diggs took a few moments to talk to SheKnows about all things Private Practice, as
well as his upcoming movie role as a vampire. Yes, Taye Diggs is playing a vampire. Sign us up!

SheKnows: First of all, I wanted to ask, kind of back to the beginning of Private Practice. For you, personally, was there any trepidation about tackling the role
considering it was a spin off? Spin offs don’t necessarily have the greatest track record.

Taye Diggs: No, no, there was no trepidation whatsoever. I was, and still am, a huge fan of Grey’s Anatomy and of Shonda Rhimes. I literally leaped at the opportunity to
work with her. I had faith in her writing, given the success of Grey’s Anatomy.

SheKnows: There’s such a chemistry on Private Practice, across the board. Are you all having as much fun filming as it appears on screen? 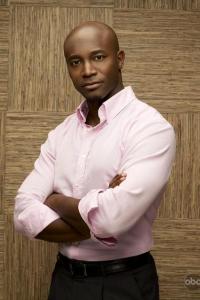 Taye Diggs: I think that
we are. I can only speak for myself. Based on how the cast gets along on set, I think, you know, one of the main differences between Grey’s Anatomy and Private Practice is that
the entire cast is a little older. I think just as actors, we’re a little bit more settled in our lives. A lot of the cast has kids, a lot of us have had our own shows and what not, so I think that
there’s just an easy, kind of relaxed, mature energy on stage. You don’t get a lot of the drama that you, sometimes, see with other casts when they’re younger. We’re having a great time.

SheKnows: And what do you think it is with the “Private Practice Fan Nation”, I guess we can call them, that has so endeared you all to the world you have created?

Taye Diggs: I would assume, you know, because of this cast, everyday I go to work, I feel less important. There’s some really quality actors, so I would attribute a lot of that to
the work that the actors do, and combine that with writing, and, riding on Grey’s Anatomy’s coattails doesn’t hurt! And then there’s the element of luck. We got lucky. It was a little iffy there
for a while, but the Grey’s Anatomy crossover was, I think, the push that we wanted, especially coming off the strike. It was a little touch and go, but now people are watching and they
seem to be consistently watching, and we’re all just really pleased.

A strike almost derails a Practice

SheKnows: That’s right, it was almost around strike time.

Taye Diggs: Yeah, yeah. I think we had a strong start a lot of folks were watching, and then we went on strike. Getting viewers back after the strike was tough. I think, if memory
serves.

SheKnows: And for you, as an actor, is the crossover kind of a fun, unique challenge?

Taye Diggs: It’s literally like getting a player from the other school. Remember, we’re shooting upstairs right now with … am I allowed to say?

Taye Diggs: Alright, with one of the actors from Grey’s Anatomy and it’s cool to see them out of their element. I also like just to see how it looks because it’s set up
differently; the lighting is different. It’s funny to see how the Private Practice cast looks on the Grey’s Anatomy set. 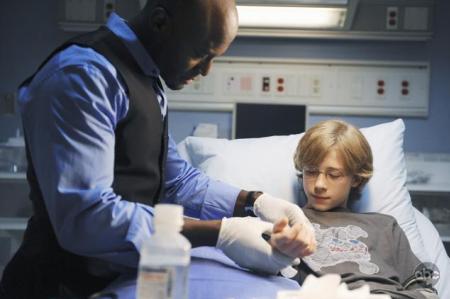 SheKnows: I had to ask. I, writing about entertainment, came up covering musical theatre and I know, that’s your background. I wanted to ask how you think that background and
training has helped you in your career?

Taye Diggs: I would tell any actor auditioning that studying stage acting first makes it easier to make the transition. I think you learn your basics, you just learn to be
comfortable in your body and I think it just prepares you for any medium, whether it’s television or film, musicals or just straight plays. I just felt experience, you know. Knowing yourself on a
set and that comfort level, I definitely think it helps. 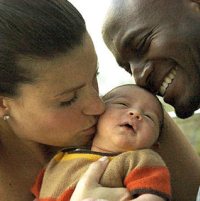 SheKnows: Does live theater add an element of aiding you and rolling with the punches the kind of things
that can happen on a set that you just can’t plan?

Taye Diggs: Well sure, I mean it’s much easier to avoid those problems on a set because they can just yell, “Cut!”, but I think most of the actors on our show are stage trained.
Whenever we do improvise, or slightly go off script, or if somebody does drop a line, or if something unexpected does happen and the cameras continue to roll, everyone’s cool with it. Sometimes,
some really fun things can happen.

SheKnows: In regards to your character on Private Practice, what elements of that character can you most identify with and most easily ease in to?

Taye Diggs: I’ve been really fortunate in having a great career and successful. People have a difficult time believing that when I grew up, I was very nerdy and self-conscious and
Sam has a little bit of that element in him. He’s obviously very successful and you would think he wouldn’t have problems, but there are times when he can be a little unsure of himself, a little
uncomfortable inside his own self. That’s something that’s easy to connect with. 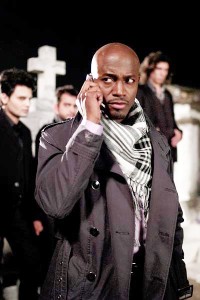 Taye temps as a vampire?

SheKnows: I wanted to ask you about Dead of Night. What was it like working with Kevin Munroe?

Taye Diggs: Oh, I had a ball. You ask any actor that’s doing work on a series [television show] and they’re really excited to step into someone else’s shoes. That’s me. I couldn’t
have asked for more of a departure than by playing a vampire. I had a great, great time. He was very liberal with the character. Kevin would let me make some interesting choices that who knows if a
different director would have let me do on a different project. But I had a great time and am looking forward to seeing the finished product.

SheKnows: We are as well. Taye, thank you so very, very much. This was a pleasure.

Taye Diggs: Thanks for having me and happy holidays.

Amy Brenneman tells us all about her Private Practice experience