ABC Family is adding to the holiday cheer by presenting the television premiere of Walt Disney Pictures Presents Pixar Short Films on December 2. Beginning at 7 pm, Pixar’s best short films, including many recognized by the Academy Awards, will have their small screen debut. 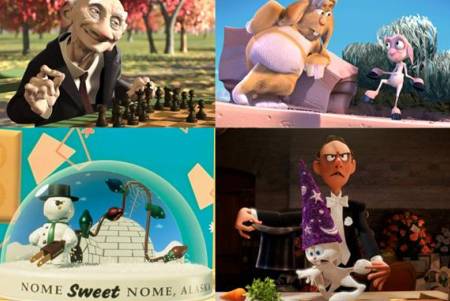 For those who miss the original airing, ABC Family is presenting the special again at 9 pm.

The Pixar Short Films special is part-two of the network’s annual 25 Days of Christmas that promises over 200 hours of Holiday programming before Santa slides down the chimney.

Topping the list of shorts in the ‘not-to-be-missed category’ (even though the entire 20 are instant classics!) is the Academy Award-winning (Best Animated Short Film) Geris Game and
the Oscar-nominated Luxo Jr.

Adventures Of Andre And Wally B

Mater And The Ghostlight

Your Friend The Rat

Read on for more television news