LL Cool J, Black Eyed Peas and Sugarland will be performing live on CBS December 2 as the Grammy Awards announces its nominations. 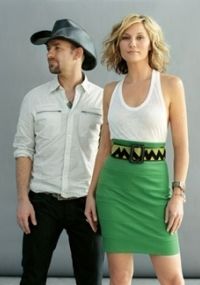 Before 2008, Grammy nominees were announced annually at the crack of dawn, but after last year’s success, the Grammy’s decided to shake things up again with an evening of performances.

Those set to bring us some of their music include Black Eyed Peas, Nick Jonas & The Administration, Maxwell and Sugarland, while French DJ/producer David Guetta spinning music throughout the one-hour event.

LL Cool J, who is taking a break from his acting duties on NCIS: LA to host, will also get on the mike and get back to what made him famous to begin with — rapping! He’ll wrap up the past year’s hits in a medley featuring songs by Lady Gaga and Kings of Leon.

The show kicks off at 9 pm, December 2, on CBS. The awards will be handed out January 31.

Alicia Keys concert for AIDS and how you can help
Shakira’s She Wolf sees the light of day
Taylor Swift wins 5 AMAs, Grammy noms to follow?