Disney’s Prep and Landing is ABC’s premiere TV special completely overseen by the iconic Walt Disney Animation Studios. Prep and Landing star Sarah Chalke gives SheKnows a call for an exclusive chat about her role in both the holiday film and Disney legacy as well as how this talented Canadian performer landed in Hollywood via an audition for a “new”

Prep and Landing airs December 1 at 8:30 pm and takes viewers inside the world of an elite unit of Elves that secure Santa’s journey each Christmas Eve. Think of Prep and
Landing’s crew as Santa’s Secret Service. 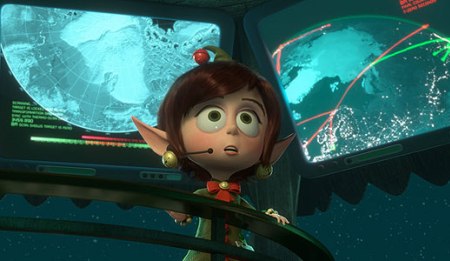 Prep and Landing is produced by John Lasseter, one of the masterminds behind Up, Toy Story, Wall-E and
the upcoming Disney holiday film, The Princess and the Frog.

SheKnows: What was it like for you to be a part of a holiday film — something that can and will be played for hundreds of years now?

Sarah Chalke: That was the thing that was so cool about this is when I think about Christmas memories as a kid, one of the things that stands out is me and my sisters all on the
couch watching Charlie Brown. I feel like it’s amazing to be a part of one of those and to have something for your kids to watch that you did.

Sarah Chalke: I grew up in Vancouver which was a cool spot to grow up if you wanted to act. Because, it was Hollywood North and it still is now. There is so much that is shot in
Vancouver.

SheKnows: Yeah, much more than the X-Files…

Sarah Chalke: (Laughs) It’s a great place to start as opposed to this giant pond (Los Angeles). It’s good to figure stuff out, which still felt giant-like to
me, it was nice to have a resource that I felt when I got here I had a tiny bit of experience under my belt. What brought me down here was I auditioned for something that they told me was for a new
show. In fact, it was for Becky (from Roseanne). So, I got a part on Roseanne. That was the first time I came to LA and ended up working for four years without fully moving here. I just kind of
went back and forth to Vancouver because I was 17 and still finishing high school. I worked in Canada for a few years after that and then decided at 24, OK, now I’m like I’m ready to
move there and my best friend just finished film school. We packed up her truck and got a six-month sublet down here — that was all we could wrap our heads around. “OK, we can do this for
six months.” 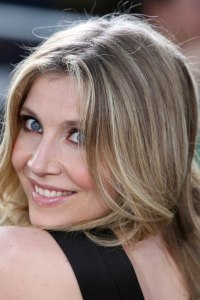 Sarah Chalke (continuing): Then I had the Scrubs audition after about a year.

SheKnows: Besides Scrubs, another favorite of mine that you have been a part of is How I Met Your Mother. I know the character of Robin (Cobie Smulders) is made
fun of all the time because she is from Canada. Does that part of the show ever get to you as a Canuck?

Sarah Chalke: (Laughs) Are you kidding me? I love it! It’s so good. It’s nice to see these little homages to Canada. I see them as more (laughs)
homage than mocking. I think it’s absolutely hysterical. She’s from Vancouver as well.

Sarah Chalke: I love all the hockey references…

SheKnows: …and the Hoser bar.

Sarah Chalke: (Laughs) I know! And the Canadian words that we all get completely messed on all the time. You’ll be in a conversation with somebody and you’ll
be dropping words like parkade, or garburator, or tuke and they look at you like you’re crazy.

SheKnows: I know I asked about the importance to you as an actress to be a part of a holiday movie. But, what about having a role in a Disney movie? What did that aspect mean to
you?

Up next…Sarah on being part of the Disney dynasty and Chalke’s personal holiday traditions!