The Blind Side pulled the rare box office feat this Thanksgiving weekend. Although it came in second place behind The Twilight Saga: New Moon, The Blind Side’s ticket sales expanded in its second week of release. 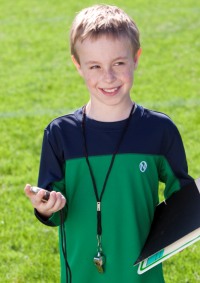 While New Moon was the story of November 23 with the box office results and its $140 million-plus weekend, Bullock and co-star Tim McGraw saw their true story of the Tuohy family’s feel what we at SheKnows Entertainment like to call a cinematic ground swell. Paranormal Activity knows what we’re talking about!

Check our Tim McGraw video interview (at right) and notice the description says, “the perfect family film.”
The Blind Side is simply that…and much more for audiences.

Clearly with Bullock and company’s performance in their second week of release, The Blind Side has proven to be the Ladainian Tomlinson of the cinema world gaining more with each
successive rush. In its second week, the Michael Oher true story took in $40.1 million.

Besides Blind Side, the box office illustrated a Hollywood holiday movie season that will rival no others as tickets sales continue to climb over last year’s.

The Blind Side nearly pulled off the classic sports upset by knocking off New Moon from its’ perch atop the box office heap. But, the Twilight Saga: New Moon nation held its own, despite losing 70-percent of its earnings from a record-breaking opening weekend and rushing
competition from the true story that is inspiring a nation.

Fantastic Mr Fox is directed by Wes Anderson from the beloved children’s book. Look for the film to find more audiences as the Christmas holiday approaches.

In other box office news, Viggo Mortensen’s The Road, although only being shown on 111 theaters, earned a
staggering $2 million. Go Viggo! Also proving its mettle is Precious as its deserved Oscar buzz has it taking in another $7.1
million. If you have not seen Precious, run, don’t walk to the cinema. 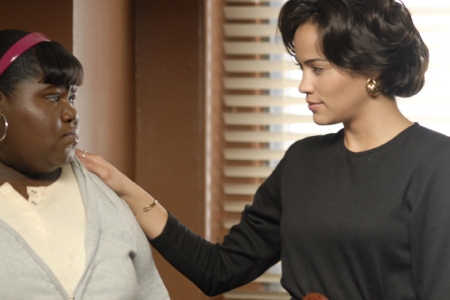 Although, considering this is a holiday weekend of the traditional blockbuster sense, even New Moon’s $40-plus million take was lower than most holiday weekend box office numbers.
But, consider this; ninety-percent of the films in the box office top 10 earned more than $7 million. It’s been nearly a year since that occurred.