In a hybrid scene between the movie, Wedding Crashers and the balloon boy hoax a few weeks ago, a Virginia couple and wannabe reality show stars for The Real Housewives of DC made headlines by crashing a state dinner at the White House. Yes, the White House. 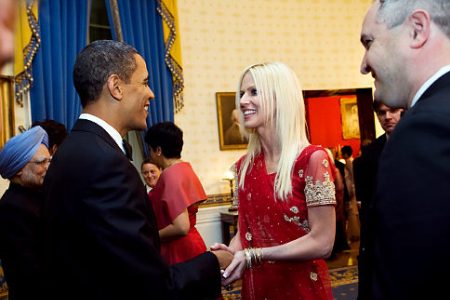 The 300-person dinner (that is, for those who received invites) honored the Indian Prime Minister Manmohan Singh. President Barack Obama was apparently not in harm’s way because the party
crashers were screened for weapons the same exact way invited guests were screened.

The Washington Post reported about their night on the town and then Michaele boasted about it on her Facebook page. It is unclear as to how long the couple was on the premises though news
reports are indicating they left before the sit-down dinner. After all, Michaele and Tareq Salahi weren’t exactly on the guest list! 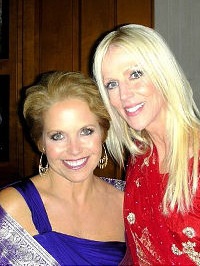 Although the Office of
Professional Responsibility is reviewing the incident and the Secret Service may press charges, it proves once again some people will do anything to get on television.

You may recall the incident last month when the Heene family in Colorado concocted a fictitious story about their son, Falcon, better known as Balloon Boy. After hours of panic, they notified authorities that their son was safe and sound in their attic.

In this instance, cameras were rolling prior to the Salahi’s grand entrance into the state dinner.

The couple is auditioning for the Bravo reality show, The Real Housewives of DC.

Adam Lambert is not sorry