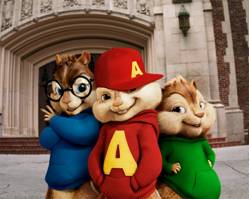 Alvin and the Chipmunks: The
Squeakquel

What it’s about: The Chipmunks are back, and this time out, they’ve brought the Chipettes.

SheKnows fun fact: The fantastic casting of Anna Faris, Amy Poehler and Christina Applegate as the Chipettes could not be better. Toss in direction from Betty Thomas (of Sandra
Bullock’s 28 Days), and the family is ready for its Christmas movie.

What it’s about: Robert Downey Jr dons the magnifying glass for Guy Ritchie’s update of the Sherlock Holmes story. Casting Jude Law as Watson is utter
brilliance. Early clips from the film created buzz as early as July. McAdams stars as Irene Adler, a woman who knows how to effectively push Holmes’ buttons.

SheKnows fun fact: With Downey as Holmes, look for Sherlock Holmes to be the toast of the holiday week.

What it’s about: Writer/director Nancy Meyers (What Women Want, Something’s Gotta Give, The Holiday) directs Meryl Streep, Steve Martin and
Alec Baldwin in a comedy about love, divorce and everything in between. Jane (Streep) is the mother of three grown kids, owns a thriving Santa Barbara bakery/restaurant and has — after a decade of
divorce — an amicable relationship with her ex-husband, attorney Jake (Baldwin). But when Jane and Jake find themselves out of town for their son’s college graduation, things start to get
complicated. An innocent meal together turns into the unimaginable — an affair. With Jake remarried to the much younger Agness (Lake Bell), Jane is now, of all things, the other woman. 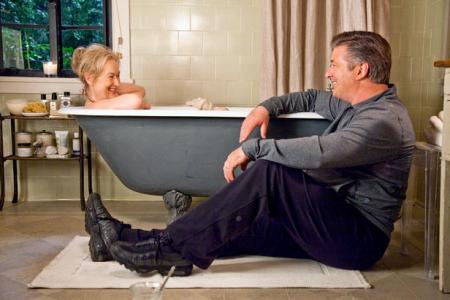 SheKnows fun fact: It’s Complicated is one of only a few romantic comedies out this holiday season including Sarah Jessica Parker’s Did You Hear About the
Morgans?

The Loss of A Teardrop

What it’s about: The Loss Of A Teardrop Diamond is a new drama based on a recently rediscovered original screenplay by legendary writer Tennessee Williams. Starring
Bryce Dallas Howard and Chris Evans, the Paladin release will open in New York and Los Angeles in late December, with expansion to major markets following in early 2010. Academy Award-winner Ellen
Burstyn, Academy Award nominee Ann-Margret, Mamie Gummer and Will Patton co-star in the film, which was directed by award-winning short filmmaker and stage and screen actress Jodie Markell in her
feature debut.