What it’s about: Louise (Ryan), a high-powered Manhattan lawyer, is touched when she arrives for the weekend to her family’s upstate getaway to find it strewn with rose
petals by her husband of 13 years, Ian (Hutton). Unfortunately, Ian is not expecting Louise but instead, his much younger girlfriend (Bell). In fact, he’s actually in the process of writing
Louise a letter explaining his intention to leave her for good. An oddly cool Louise has other plans. She takes Ian captive, refusing to release him until he commits to working on their marriage
together. When Ian’s impatient mistress shows up, not to mention an opportunistic gardener (Long), things start to get seriously complicated. Not merely a war of the sexes, Serious
Moonlight is a story of a war of the wills as Ian tries to talk his way out of the situation. 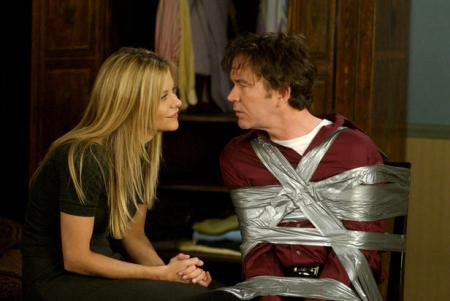 What it’s about: From Jason Reitman, the Oscar-nominated director of Juno, comes a dramatic comedy starring Oscar-winner George Clooney as Ryan Bingham, a corporate
downsizing expert. His cherished life on the road is threatened just as he is on the cusp of reaching 10 million frequent flyer miles and after he’s met the frequent-traveler woman of his
dreams. 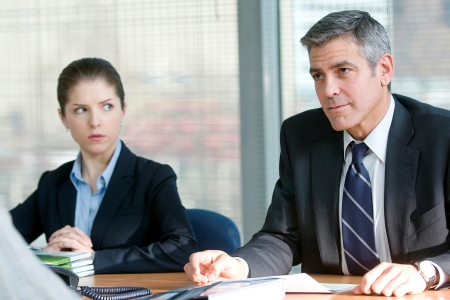 SheKnows fun fact: Don’t miss our exclusive chat with Anna about starring with George and Vera, and how she has grown as an actress from the experience. The exclusive
interview premieres December 1.

What it’s about: Soon after Nelson Mandella took office as South Africa’s president, he immediately realized the need for an inspiring moment to unite his newly gelled
country. Enter the South African rugby team who has a shot — not a great one, but a shot nonetheless — at the World Cup.

SheKnows fun fact: SheKnows is all over this film with its Oscar buzz for Freeman, Damon and director Clint Eastwood. We bring your our full report from the cast exclusively the
week of December 7.

What it’s about: Based on the critically acclaimed best-selling novel by Alice Sebold and directed by Oscar-winner Peter Jackson of Lord of the Rings fame, The
Lovely Bones centers on a young girl who has been murdered and watches over her family — and her killer — from heaven. She must weigh her desire for vengeance against her desire for her
family to heal. Oscar-nominee Mark Wahlberg and Oscar-winners Rachel Weisz and Susan Sarandon star along with Stanley Tucci, Michael Imperioli and Oscar-nominee Saoirse Ronan.

What it’s about: A period drama about Colin Firth’s gay English professor and his mourning of his life partner

What it’s about: This animated comedy, set in New Orleans, comes to us from the creators of The Little Mermaid and Aladdin. It’s a modern twist on a classic
tale, featuring a beautiful girl named Tiana, a frog prince who desperately wants to be human again, and a fateful kiss that leads them both on a hilarious adventure through the mystical bayous of
Louisiana.

SheKnows fun fact: The Princess And The Frog marks the return to hand-drawn animation from the revered team of John Musker and Ron Clements, with music by Oscar-winning
composer Randy Newman.

What it’s about: Four-time Academy Award-nominee Jeff Bridges stars as the comic, semi-tragic romantic anti-hero Bad Blake in Crazy Heart. from writer-director Scott
Cooper. Bad Blake is a broken-down, hard-living country music singer who’s had way too many marriages, far too many years on the road and one too many drinks way too many times. And yet, Bad
can’t help but reach for salvation with the help of Jean (Golden Globe-nominee Gyllenhaal), a journalist who discovers the real man behind the musician. As he struggles down the road of
redemption, Bad learns the hard way just how tough life can be on one man’s crazy heart.

What it’s about: Combining live action and unbelievable computer generated effects, Jim Cameron is looking to take 3D filmmaking to the next level. It has been over a decade
since Cameron made a film, which happened to be the highest grossing of all time — Titanic.

SheKnows fun fact: Avatar reunites Cameron with his film muse, Sigourney Weaver, with whom he previously worked on Aliens. 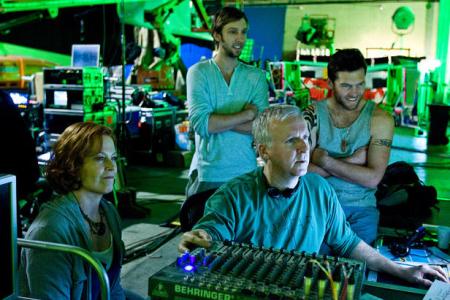 Did You Hear About the Morgans?

What it’s about: ANew York City couple — Meryl and Paul Morgan (Parker and Grant) — have perfect, highly successful lives with one problem: Their marriage is crumbling.
Things begin spiraling out of control in various arenas of their lives, including becoming the targets of a contract killer. That tends to happen when you witness a professional killer doing his
job.

SheKnows fun fact: This, believe it or not, is Sarah Jessica Parker and Hugh Grant’s first pairing.

Did You Hear About the Morgans? trailer

What it’s about: Guido Contini is a world-renowned film director who comes upon a momentous personal moment of truth. He is breathless from his balancing act of all the women
in his life including his mistress (Cruz), his wife and his mother.

SheKnows fun fact: Directed by Rob Marshall, the man behind Chicago, could Nine be another Best Picture winner for Marshall?

What it’s about: Emily Blunt (The Devil Wears Prada) delivers an incredibly appealing performance as Queen Victoria in the turbulent first years of her reign. Rupert
Friend (Pride and Prejudice) portrays Prince Albert, the suitor who wins her heart and becomes her partner in one of history’s greatest romances. This love story, set amongst all the
intrigue of the court, also features Paul Bettany (Iron Man, The Da Vinci Code), Miranda Richardson (Harry Potter and the Goblet of Fire), Jim Broadbent (The Damned
United, The Chronicles of Narnia), Thomas Kretschmann (Valkyrie), and Mark Strong (Sherlock Holmes, Tristan and Isolde).