The holiday movie season is upon us with the arrival of Thanksgiving, and the stars are out. Viggo Mortensen, John Travolta and Zac Efron head up five big-time Hollywood films that debuted on November 25 alone — and that’s just the beginning from Hollywood this holiday. 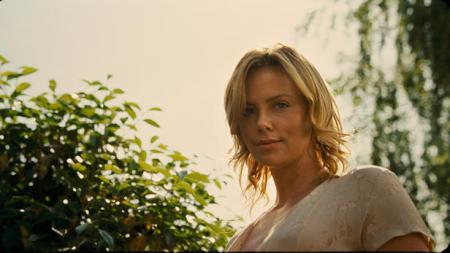 What it’s about: From Cormac McCarthy, author of No Country For Old Men, comes the highly anticipated big-screen adaptation of the beloved, best-selling, Pulitzer
Prize-winning novel, The Road. Academy Award nominee Viggo Mortensen leads the cast in this vast post-apocalyptic tale. The survival of a father (Mortensen) and his young son (Smit-McPhee)
are at stake as they journey across a barren America destroyed by a mysterious cataclysm.

SheKnows fun fact: The Road was originally set to be released in 2008, but hey, all good things come to those who wait. The Road is sure to rock.

What it’s about: On the verge of their very biggest business deal, two best friends — an unlucky-in-love divorcee (Williams) and a fun-loving bachelor (Travolta) — have
their lives turned upside down when they’re unexpectedly charged with the care of 7-year-old twins. The not-so-kid-savvy bachelors stumble in their efforts to take care of the twins
(newcomers Ella Bleu Travolta and Conner Rayburn), leading to one debacle after another, and perhaps to a newfound understanding of what’s really important in life.

SheKnows fun fact: Travolta’s daughter, Ella Bleu, makes her feature-film debut as one of the twins. Travolta’s wife, Kelly Preston, also stars, marking the first time
the couple has appeared together in film in more than 20 years.

Me and Orson Welles

What it’s about: The presence of film genius Orson Welles is a constant in Me and Orson Welles. In this romantic coming-of-age story, a young actor lands a role in
Shakespeare’s Julius Caesar at New York’s new Mercury Theatre in 1937, which is headed up by a young, unknown Welles in 1937. Welles sees something in the young actor that would
launch Welles into the creative foundry that would produce Citizen Kane. 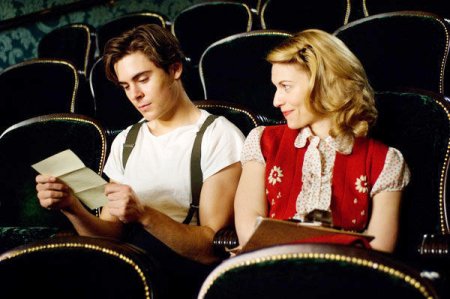 Me and Orson Welles follows the week before the production’s debut. As Welles stakes his entire career on this production, the film scores with its ability to put the audience in the
world of Efron’s character as he embarks on the ride of a lifetime.

SheKnows fun fact: Can Zac Efron portray an icon such as Welles? If so, he should solidify his moniker as the next Tom Cruise. Also, the director of Me and Orson Welles is
one of our faves — his previous credits include School of Rock and Dazed and Confused.

What it’s about: Raizo (Rain) is one of the deadliest assassins in the world. Taken from the streets as a child, he was transformed into a trained killer by the Ozunu Clan, a
secret society whose very existence is considered a myth. But haunted by the merciless execution of his friend by the Clan, Raizo breaks free from them… and vanishes. Now he waits, preparing to
exact his revenge.

SheKnows fun fact: Ninja Assassin is directed by James McTeigue and is based on a screenplay by Matthew Sand and J Michael Straczynski. The film stars Korean pop star Rain
and Pirates of the Caribbean’s Naomie Harris and is the work of the production team behind The Matrix.

What it’s about: Pippa Lee is a serene, beautiful, devoted wife and mother with a seemingly perfect life –until her surprisingly volatile past crashes through her persona,
forcing her to find her true sense of self. By turns wry, humorous and moving, The Private Lives of Pippa Lee is about the many lives hidden behind a single name. Golden Globe nominee
Robin Wright Penn and Academy Award winner Alan Arkin head an all-star cast that includes: Blake Lively as the young Pippa Lee; Maria Bello as her mother; Suky Sarkissian, Keanu Reeves as
Pippa’s inscrutable neighbor, Chris Nadeau; Monica Bellucci as the socialite Gigi Lee; triple Academy Award-nominee Julianne Moore as the freewheeling Kat; Academy Award nominee and Golden
Globe winner Winona Ryder as Pippa’s trusted friend, Sandra Dulles; Mike Binder as novelist Sam Shapiro; and rising stars Zoe Kazan and Ryan as Grace and Ben Lee, Pippa’s young adult
children.

SheKnows fun fact: The Private Lives Of Pippa Lee is adapted from writer-director Rebecca Miller’s novel of the same name.

What it’s about: A crew of officers at an armored transport security firm risk their lives when they embark on the ultimate heist… against their own company. Armed with a
seemingly foolproof plan, the men aim to steal a fortune, with harm to none. But when an unexpected witness interferes, the plan quickly unravels, and all bets are off. 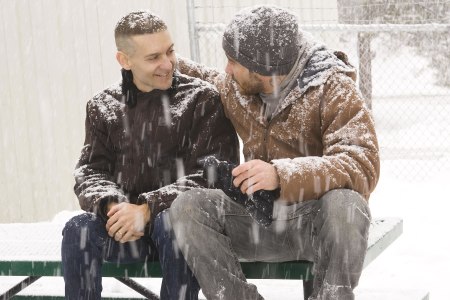 What it’s about: When a decorated Marine goes missing overseas, his black-sheep younger brother cares for his wife and children at home — with consequences that will shake
the foundation of the entire family. Brothers tells the powerful story of two siblings: 30-something Captain Sam Cahill (Tobey Maguire) and younger brother Tommy Cahill (Jake Gyllenhaal),
who are polar opposites. A Marine about to embark on his fourth tour of duty, Sam is a steadfast family man married to his high school sweetheart, the aptly named Grace (Natalie Portman), with whom
he has two young daughters (Bailee Madison, Taylor Grace Geare). Tommy, his charismatic younger brother, is a drifter just out of jail who’s always gotten by on wit and charm. He slides
easily into his role as family provocateur on his first night out of prison, at Sam’s farewell dinner with their parents, Elsie (Mare Winningham) and Hank Cahill (Sam Shepard), a retired
Marine.

What it’s about: Everybody’s Fine, a remake of Giuseppe Tornatore’s Stanno Tutti Bene, follows a widower (De Niro) who embarks on an impromptu
road trip to reconnect with each of his grown children only to discover that their lives are far from picture perfect.