Although Beyonce’s single calls out all the single ladies to put their hands up, Shakira gives a shout out to singles in her new album, She Wolf. 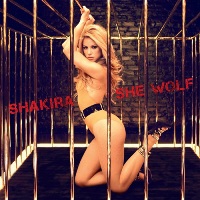 SheWolf arrived November 23 in
time for Black Friday. Shakira, the Colombian-born singer, says her new album reflects a woman looking for her prince charming. In a recent
interview the entertainer said, “It’s very much a common thing for women my age, at least my friends, to be in search for the right man and to be somehow dreaming of the prince who’s going to come
in and rescue them.”

While some of her new tracks reveal her own daydreams, she also mentions some of them are related to her girlfriends’ experiences and things they go through. The 32-year-old Grammy-winner
says music can connect women who are searching for their very own Mr. Right. For instance, the Brazilian-inspired songs Did It Again and Men in This Town will help them find their
other half.

Shakira told the Associated Press, “I think this album in general has been written from a very feminine perspective. Maybe because
today I feel more like a woman and I feel the struggle of being of woman, and its advantages too, in my own flesh. I have a better understanding of women’s plight, you know. I guess I understand my
mom better today than 10 years ago. ( It’s about) the old urban tale, you know, trying to find the right man…the old urban tale of men not being available — all the good ones are
taken.”

Interestingly enough, as she connects with the single population in particular through She Wolf, she doesn’t have to search any more. The singer has been in a relationship with
Antonio de La Rua for almost ten years. If the name is familiar that’s because he’s the son of former Argentinean president Fernando de la Rua.