People magazine just announced its Sexiest Man Alive and it got SheKnows Chick Lit thinking: Who is the sexiest male author alive?

People named Johnny Depp the Sexiest Man Alive for the second time, ranking him right up there with the only other two time winners: George
Clooney, Richard Gere and Brad Pitt.

So, now that SheKnows Chick Lit is in the mood, we did an impromptu poll on the Chick Lit is Not Dead Facebook fan page and readers picked some of their
favorite male authors whose work they adore — and who could very well be considered Sexiest Male Author Alive.

This legal eagle and sharp looking author has Chick Lit fans ready to swear in.

He won over legions of fans with such great novels as A Time to Kill, The Firm, The Pelican Brief and more recent works like The Associate.

His newest work, Ford County, is his first collection of short stories that takes readers back to Ford County, Mississippi, the setting of his first novel, A Time to Kill. Grisham
has the gift of grabbing readers from the first page and weaving incredible page turners. 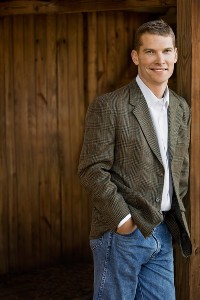 We’ll admit, we were not too familiar with this author of Where the River Ends, Chasing Fireflies, Maggie, When Crickets Cry, Wrapped in Rain and The
Dead Don’t Dance.

But once a Chick Lit fan brought him up, we dove into the Where the River Ends and cried our way through this lovely, breathtaking love story.

We are now totally charmed by this southern cutie, who has been compared to Nicholas Sparks — and know you will be too.

According to one of our Chick Lit fans, Green made being a nerd sexy. He’s the popular author of such young adult sensations as Looking for Alaska, An Abundance of
Katherines and Paper Towns. 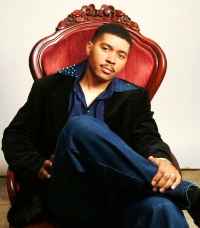 He also has legions of fans that follow him on YouTube and
Facebook — women of all ages and all over the web think Green is bringing intellectual sexy back.

This New York Times bestselling author of 16 books is also a motivational speaker and he gets our Chick Lit fans motivated. His urban fiction like The Last Street Novel and
Pecking Order drew millions of fans and now he has a nonfiction book out, The Equation, about the components of business success. Women love this multi-talented author and
entrepreneur.

Let’s face it, just about everything Sparks writes gets our lady hearts pumping. SheKnows Chick Lit fell in love with his great love stories like The Notebook and A Walk to Remember. 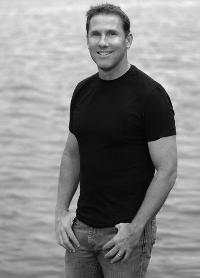 Sparks still weaves a love
story like no other — books that women (and men) want to read over and over.

His latest novel, The Last Song, is no exception. Our frequent Chick Lit contributing bloggers Liz Fenton and Lisa Steinke spent 7 Seconds in Heaven learning some fun stuff about Sparks and, hands down, more fans chose him as the Sexiest Male
Author Alive than any other.

This sexy sports star, and now author, made some pretty eye-opening confessions in his book — about drug use, hair loss and the failure of his marriage to Brooke Shields. We love his heartfelt
honesty.