Oprah Winfrey is pulling the plug on her beloved talk show in 2011. 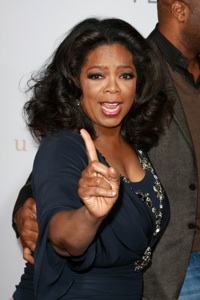 While the iconic media personality is scheduled to announce her departure on the show herself, the president of Harpo announced the news in a letter to ABC
affiliate TV station managers earlier.

“Tomorrow, Oprah will announce live on The Oprah Winfrey Show that she has decided to end what is arguably one of the most popular, influential and enduring programs in television
history,” wrote Tim Bennett. ” The sun will set on the Oprah show as its 25th season draws to a close on September 9, 2011.”

“Before she speaks to her loyal viewers, we wanted to share her decision first with you – our valued partners for more than two decades… Oprah’s personal comments about this on tomorrow’s live
show will mark a historic television moment that we will all be talking about for years to come.”

Several weeks ago, one of Oprah‘s reps said she would the fate of the show by year’s end and hinted at a leap from her current format to
her previously announced cable channel, OWN (the Oprah Winfrey Network).

In addition to her incredibly popular talk show, the media magnate also runs O Magazine, a film studio, a television production company and
her own satellite radio network through Harpo Productions.

Stay tuned to SheKnows for news on Oprah’s own announcement!