Nicole Richie has been hospitalized for pneumonia. She’s currently at Cedars-Sinai Medical Center in Los Angeles and undergoing treatment. On November 10 she Tweeted about the status of her illness. “OK, cold, it’s been 6 days.” 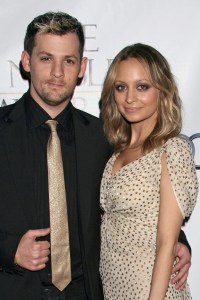 Her rep
informed Us Weekly, “She is doing well.”

The skinny socialite even missed the launch of her House of Harlow jewelry at Bebe in Los Angeles on November 10 due to illness. In fact, the mother of a newborn son and daughter was also sick in
court earlier this week when she testified against two paparazzi photographers. Richie indicated the photographers caused her to get into a car accident.

Parenting seems to be agreeing with Nicole and her man, Joel Madden from Good Charlotte. Nicole told People, “I couldn’t be happier. The only thing you want is for your kids to
be healthy and happy, and they are. I’m right where I belong.”

Plus, she says that Harlow simply adores her little brother. “She just loves him so much,” she said. “She’s very gentle with him.”

What you may not know about Richie is that her godparents are Quincy Jones, oil heiress Nancy Davis and the late Michael
Jackson. Richie was previously engaged to Adam Goldstein, better known as DJ AM. He gave her a pink sapphire ring when they were
engaged. DJ AM passed away this past August as the result of an overdose.