Nightline anchor Cynthia McFadden interviews Martha Stewart on the November 19 broadcast and phoned SheKnows exclusively to dish what Stewart said in her first television interview since her 2004 imprisonment. Not only did McFadden score the major network first interview of the domestic diva in over five years, but the news anchor was given unprecedented access to the Martha Stewart world for two entire days. 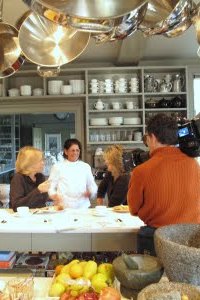 One question is
quickly answered. How does Stewart do it? McFadden
reported the head of Martha Stewart Living Omnimedia, (MSLO), only gets three to four hours of sleep a night. What else did McFadden discover in a Nightline interview for the ages? Watch
McFadden’s entire insightful interview on the November 19 Nightline at 11:35 pm.

SheKnows: What did you take away personally and professionally from your time with Martha Stewart?

Cynthia McFadden: Martha Stewart was extraordinarily generous with her time. I’ve profiled plenty of celebrities in folks in her high-profile types of positions. They doll
out the time like diamonds.

SheKnows: Yes they do…

Cynthia McFadden: Well, Martha Stewart, when she decided to do this, was generous. She gave us two full days of access to her life, her world, her business and no holds barred.
Nothing was off limits. I have to say after spending a good amount of time with her, I woke up on morning three and said, “Where’s Martha?”

Cynthia McFadden: I was surprised how compelling she is, she is both engaged and engaging about the things that interest her. She’s a teacher at heart. She wants to explain.
She’s never happier than when she’s explaining to someone how she thinks things should be done. There’s only one way to do things – the Martha Stewart way (laughs)
— but, if you can participate in that world, it’s quite an interesting an fun ride.

SheKnows: It sure is especially considering where she started and where she currently sits. It’s an inspiring story to both women and men. 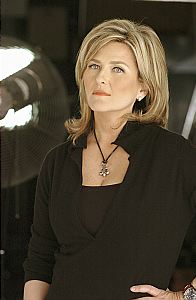 Cynthia
McFadden: Listen, I have to say. She’s not woman fuzzy. If that’s what you want, if you want the girl next door. Go next door. She’s not woman fuzzy. She can be
assertive. She is demanding. She can be a perfectionist — all of those things. But, she’s also such an American original. She’s so refreshing candid about her likes and dislikes. I was
taken aback about her comments on Rachel Ray. But, she calls it as she sees it. She doesn’t live in hiding. We had a good go around about how she picks up the pink gravel in her driveway at
her house in Maine. It’s a mile long driveway. They rake it up, clean it, and store it every winter so it doesn’t get muddy.

Cynthia McFadden: I’m like, “Martha, who can do this? You do understand that you are not normal?” She looked at me and said, “Well, you’re not normal
either.”

Cynthia McFadden: I copped to that, but most of us aren’t going to be picking up pink gravel on our driveways. She doesn’t really care about what other people think
about that. It’s part of a tradition of this beautiful house. I want to preserve. Nobody else has to do this, but this is part of my contribution to making the world more beautiful.
She’s eccentric, but I have to say I walked away having really enjoyed the time with her.