Beyonce, Adam Lambert, Lady Gaga and an army of A-list music superstars battle it out when they all release new CDs during the week of November 23, 2009. 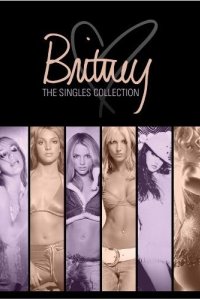 When you’re thinking about how to spend your hard-earned money this Black Friday, the music industry reminds you not to forget about the music!

The music biz has taken a beating since the advent of the Internet, but this year, it hopes to get back in black by releasing a bonanza on CDs on Black Friday — the day after Thanksgiving, America’s busiest shopping day.

We’ve been talking about quite a few of these CDs for a while here at SheKnows, and we’ve included links so you can get more info on those that interest you.

After hubbub about her racy Russian Roulette single cover, not to mention about her finally coming out about dating an abusive star (we’re not going to give him press by naming him), Rihanna is set to release her much-hyped new album, Rated R.

Fans are also anxiously awaiting the November 23 release of Adam Lambert’s For Your Entertainment, Britney Spears’ The Singles Collection box set, Beyonce’s two-CD set I Am… Yours, An Intimate Performance at Wynn Las Vegas, Lady Gaga’s The Fame Monster, Shakira’s She Wolf and Susan Boyle’s I Dreamed A Dream.

So… it’s time to stock up for the holidays — though we don’t imagine these gifts will stay wrapped up for long.