The father who accused Michael Jackson of molesting his son 15 years ago is dead of an apparent suicide. 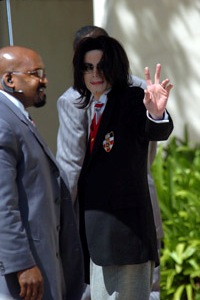 Evan
Chandler, father of Jordan Chandler, was found dead in his New Jersey home of a self-inflicted gunshot wound.

Evan was reported missing after failing to show up to a doctor’s appointment, where he was to be treated for an undisclosed illness. The doctor tried to get in touch with Evan several times and,
when unsuccessful, called the building’s concierge to check in. Evan’s body was found shortly thereafter.

Much of Michael Jackson’s problems later in life can be traced back to the day in 1993 when Evan Chandler accused the singer of molesting his son — a claim many dispute, and most evidence
disproves. Jordan’s statement that Jackson touched him inappropriately came after Evan administered a powerful sedative to the boy. The drug is known to cause people, children in particular, to
become highly vulnerable to the power of suggestion.

Jordan later described markings on Jackson’s penis to authorities, who later examined the singer and said that, while there were similarities, they did not match. Jackson later described the
incident in an emotional recorded speech aired worldwide.

In a recorded phone conversation, Evan Chandler was heard discussing how he was planning on ruining Jackson’s career if the star did not agree to a huge financial settlement. Chandler went to the
police only after Jackson refused to pay up, after which financial experts and the singer’s friends — including Liz Taylor and Lisa Marie
Presley, pre-marriage — advised him to pay up. At the time, Evan was more than $68,000 behind on his child support payments despite owning a successful dental practice.

Police never found any supporting evidence that Jackson abused Jordan Chandler, and they dropped their case against him after Chandler refused to testify under the terms of the financial
settlement. Jackson was acquitted of molesting another boy in 2005.

Jordan Chandler, now in his late 20s, lives under an assumed name in a $2.35 million home in Long Island, New York, and owns condos in Manhattan and Santa Barbara. Jackson died in June 2009 on the eve of his expected comeback; his family blames Jackson’s
doctor, Conrad Murray.