She’s known for her over the top stage performances and outrageous homemade costumes, but what Lady Gaga wants to be known for now is her line of headphones. 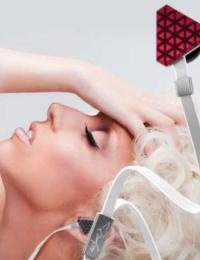 Heartbeats by Lady Gaga is Miss Lady G’s own line of headphones. That’s right — you can dance around to her music while wearing her headphones.
They’re part of the Dr Dre collection from Monster.

Lady Gaga says, “In the deepest hour of the night, I confess to myself three things; I would die if I was forbidden to write, forbidden to love, or forbidden to fashion… Heartbeats embody
the trinity of my human being, with one additional vow: that sound matters.”

In other Lady Gaga news, she’s nominated for Artist of the Year, Pop/Rock Favorite Female Artist, and Pop/Rock Favorite Album at this year’s American Music Awards. What you may not know is that the artist previously known as Stefani Joanne Angelina Germanotta was signed by Def Jam
Records and then dropped. The New Yorker started performing in the Lower East Side and started working with Interscope Records as a songwriter for a variety of artists including Akon. After he
heard her sing, he convinced the chairman of Interscope Records to ink a deal with her.

Lady Gaga’s debut album, The Fame has reached critical and commercial success. It catapulted to number one in four countries and topped the Billboard Top Electronic Albums
chart here in America. Her first two singles, Just Dance and Poker Face became international number one hits. In fact, Just Dance was nominated for Best Dance Recording at the
Grammy Awards. This year she opened for New Kids on the Block and the Pussycat Dolls only to snag the very first concert of her own,
The Fame Ball Tour.

Gaga causes as stir at the VMAs

20 mins ago
by Sarah Mina Osman