The November 22 American Music Awards will be headlined with a special medley by Janet Jackson. 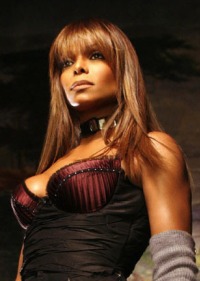 This will be the fourth time
Janet has performed on the show. In 1987 she performed Control, in 1990 it was Escapade and in 1998 it was Together
Again.

For the first time in the show’s history, fans have determined the finalist for the category, Breakthrough Artist Award. As for the nominees? Lady Gaga, Keri Hilson, Gloriana and Kid Cudi.

Although in recent years she’s been known for that infamous “wardrobe malfunction” at the Super Bowl halftime show, Janet Jackson has an illustrious career which includes nine
American Music Awards. In 1987 she won the Soul/R&B Single award for Nasty and the Soul/R&B Video Female. In 1990 she took home two statues for her smash hit Miss You Much
in the categories of Dance Single and Soul/R&B Single. The following year she won accolades for Dance Artist, Pop/Rock Female and Soul/R&B Female.

Janet Jackson also snagged an AMA in 1999 for Soul/R&B Female and in 2002 for Pop/Rock Female.

Read on for more Jackson news