Balloon Boy Falcon Heene’s family will go to court on November 13 in Colorado to admit their guilt. 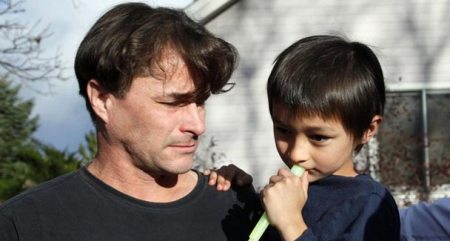 Here’s the thing: Mayumi is a Japanese citizen and so Richard will take a felony plea in order to prevent his spouse from possibly being deported.

You may recall the family was pining for a reality television deal in their attempt to gain international attention on October 15 when they called reports into the FAA, 911 and a local TV station
that their son crawled into their home-made balloon which accidentally took flight.

On national television on CNN, Falcon then told viewers they “did it for a show.” You can guess what happened next: The Larimer County Sheriff’s department met with Mayumi and
Richard Heene two days later. They received a confession from Mayumi which indicated the incident was a hoax in order to sign a contract for a reality TV show.

This afternoon the DA for Larimer and Jackson Counties filed charges against them. In turn, Richard’s lawyer released a statement indicating they will turn themselves in tomorrow morning.
It’s estimated that Richard could face a sentence up to ninety days in jail whereas Mayumi can face a sentence up to sixty days. No word has been revealed about who will take care of their
three sons while the couple is incarcerated.