Gyllenhaal portrays the renegade titular prince who is paired with a princess (played by UK superstar Gemma Arterton) who must race
against time to save civilization. 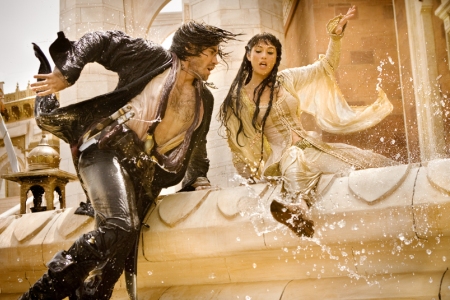 Walt Disney Pictures and Jerry Bruckheimer Films previously combined forces on the Pirates of the Caribbean series and one cannot help but
sense at least a trilogy from Prince of Persia: The Sands of Time.

Filmed throughout Marrakesh, Ouarzazate and Erfoud, Morocco, Gyllenhaal and company also worked on sets crafted at the UK’s legendary Pinewood Studios. Just a few James Bond films have been
made there as well.

Prince of Persia: The Sands of Time premiere trailer