Pirate Radio week continues with our British film star Talulah Riley interview. Riley reported her performance as Marianne was influenced by her own mother’s experiences in ’60s London. 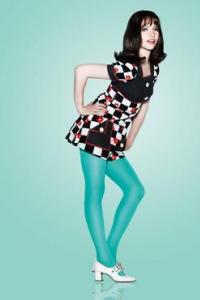 Riley is on
a hot streak that began with her scene-stealing turn opposite Keira Knightley in 2005’s Pride and Prejudice through her current role as Marianne in Pirate Radio. In
Pirate Radio, she plays a woman who steals the heart of what essentially serves as the film’s main character.

How could there be a love story at the heart of a movie about rock and roll being banned by the BBC? When it comes from the mind of Richard
Curtis, writer-director of Love, Actually, that’s how! The man with the Midas touch of UK filmmaking also wrote the
screenplays for Notting Hill and Four Weddings and a Funeral.

Riley was ecstatic to work with Curtis, but also to channel her mother. When asked where her inspiration arose to play the iconic London ’60s progressive woman, Riley did not have to look
far, it was her mum!

Pirate Radio is such a history lesson, not only in ’60s rock and roll, but in the freedoms we all take for granted. Riley discovered the history lesson from her mother and moms
and dads alike can take much from the English inspiration on screen. It is hard for kids to imagine a world where what they wanted to listen to was not immediately available to them. In fact, it
was illegal.

Overall, that was the one element above all others that rocked Riley’s world about telling the story of Curtis’ Pirate Radio. 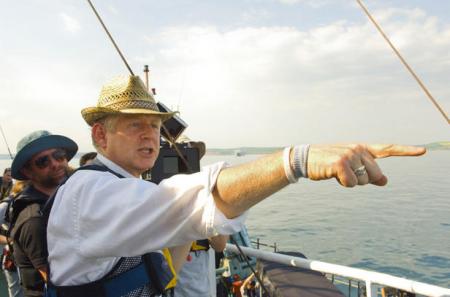 A freedom of speech movie Pirate Movie may not completely be, yet it is impossible to ignore the film’s showcasing of a band of brothers of a different kind who are willing to die
for their right to broadcast music that would unite the world in a common voice of freedom.