Thanks to “leaked” conversations between Mom and Dad Lohan, the word is now out about Lindsay Lohan and Heath Ledger’s secret romance that ended with Ledger’s death in January 2008. 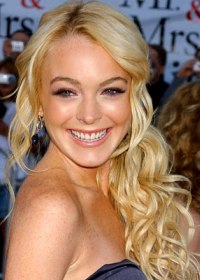 “She was dating
Heath when he died,” Dina said in a taped phone call back in 2008. “I know, because I would drop her off and they were friends. Very, very close. So that (censored) her up and right after that
was when Samantha (Ronson) was around.”

Dina goes on to express her concern about her daughter, who has faced a very public battle with drug, saying, “When she’s drunk or takes an Adderoll with it, she will do something like Heath Ledger did in a second, without thinking.”

The tape reveals that someone is often paid to watch over Lohan, who doesn’t fare well on her own. “When she sleeps here, she sleeps with me,” Dina continued. “She has fears from being little and
what you did to us.”

Dina is also distressed about Lohan’s relationship with Samantha. In the recording, Dina says she hopes her daughter will be strong enough to
walk away, but expressed her fears that, “It’s very easy for a rational person to say, but for an irrational person who has a problem with her DNA and alcohol and Adderall and asthma and every
other things she’s got wrong with her (it is not).”

Many who have followed the Lohan family dramas would count Dina and father Michael as two of those “every other things!”

Lindsay spoke out, via Twitter. “He’s a deadbeat dad. He’s disgusting to do this. He doesn’t deserve attention. He needs help,” she wrote. “It really hurts my mom for me and my siblings. I’d feel
the same if I were a mother.”