The British film industry has for years endeared itself to American audiences. Gwyneth Paltrow made a few films there and relocated, met her husband and began a family. Pirate Radio Week launches on SheKnows with our look at why we adore movies from the UK. 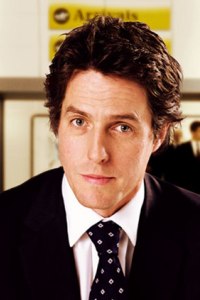 Richard Curtis’
Pirate Radio lands in US theaters November 13 and SheKnows went to London to see the film and talk to the talented cast.

A love letter to UK films

Pirate Radio is only Curtis’ latest beautiful British film. The man behind the Four Weddings and a Funeral and Notting Hill prose, as well
as the writer-director of Love, Actually, has already endeared himself to American movie goers.

Scanning his cast in Pirate Radio, one sees American Oscar-winner Philip Seymour Hoffman, but the remaining spokes in Curtis’ film wheel are all from the UK. Upon closer
looks at the careers of Pirate Radio‘s Kenneth Branagh, Bill Nighy, Nick Frost and even the up-and-coming Talulah Riley, the reasons why we adore British movies
becomes even clearer.

Branagh, the Shakespearean king, has appeared in many British films that became American favorites. His Professor Gilderoy Lockhart in Harry Potter and the Chamber of Secrets may be his biggest British film to land on American shores, but his turns in Love Labour’s
Lost, Peter’s Friends and yes, Henry V, finds Branagh illustrating reason one why we adore British films: class.Branagh represents the classically trained British actor
who takes audiences on a ride without realizing they are even buckled up for the journey.

Nighy has had a much different decorated career. The British thespian endeared himself to hundreds of millions without showing his face in the Pirates of the Caribbean series, but scanning closer at his British film career and there is
the second reason why we love British films: self-deprecating humor and how it’s used to still tell poignant stories.

Nighy is willing to do anything for the sake of his British film industry. Can you imagine Shaun of the Dead without his grounded-in-reality performance? Hardly! Further proving
Nighy’s willingness to make a fool of himself to achieve cinematic nirvana is his portrayal of Curtis’ Love, Actually’s faded rock star, his brilliant turn in
Still Crazy or his steady hand as the newspaper editor in the BBC’s State of Play. 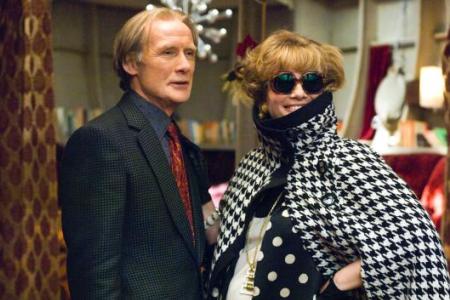 British actors came up in an industry that is filled with classically trained, talented thespians who like Nighy and Branagh, are capable of such scope in their performances that the British
filmmakers have a palette of brilliance to paint their picture.

Curtis uses these talents effortlessly in all his films and Pirate Radio is another example of his command of British cinema’s greatness.

Casting an upcoming star in Talulah Riley, Curtis has tapped a talent of the British school of acting that seems to groom its artists for a film industry that is small enough for chemistry to exist
between performers because more often than not — they have previously shared screen time. Riley has worked with Pirate Radio’s other young star, Tom Sturridge, on many
occasions and reported to SheKnows in London that was one of the reasons she made the film.

“I’d do anything to work with Tom again,” Riley said.

Riley’s work in 2005’s Pride and Prejudice as Mary Bennet, opposite Keira Knightley, put her on the map in British
cinema. Since that time, her roles have showcased an actress equally as willing to comically vamp as she is able to harness passionate, emotionally-driven dramatic performances. Riley stole the
2009 British film St Trinian from its much-bigger stars Rupert Everett, Russell Brand, Colin Firth and Mischa Barton. From portraying Bennet to a girl with a wild streak
— Riley always earns raves.

Nick knocks it out of the park

Now when it comes to Pirate Radio star Nick Frost — the actor exemplifies the acting adage that talent overrides all. Again, with that innate ability to mock themselves for the
sake of cinematic comedy, Frost is the overweight lothario in Pirate Radio who is one of the radio stations’ female fans’ favorite DJs. 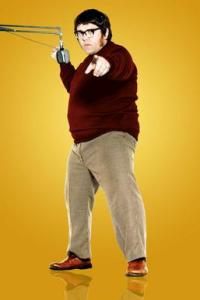 Frost’s work with
Simon Pegg is the stuff of British cinematic legend. Their Shaun of the Dead (also featuring Nighy!) and Hot Fuzz not only mocked American cinematic genres of horror and the buddy
cop flick, but served as fine films in their own right.

Beyond the Pirate Radio cast and their exponentially great British film work, there are the classics that show that if Hollywood had never happened, the film world capital would clearly be
the UK.

Stay with SheKnows for Pirate Radio Week November 9 through 13 with exclusive interviews with the entire cast!

Four Weddings and a Funeral 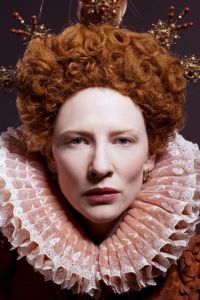 Sense and Sensibility (’90s)
The Remains of the Day

In the Name of the Father

Room with a View